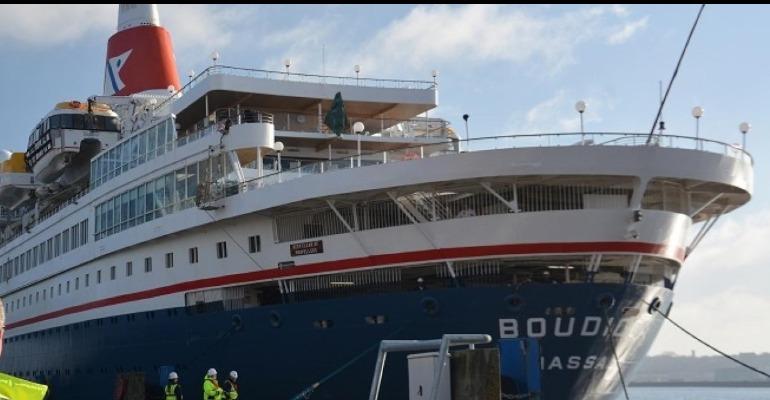 Boudicca is set to leave Rosyth for the final time as early as next week
Fred. Olsen Cruise Lines’ Boudicca and Black Watch - which were recently replaced by new vessels Bolette and Borealis, respectively - have been sold and will serve as accommodation vessels for a company in Turkey.