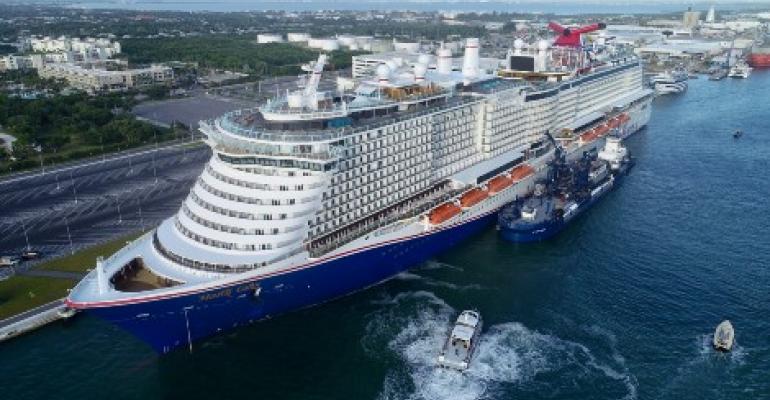 The refueling process took close to eight hours via the new Q-LNG 4000, a ship-to-ship articulated tug and bunker barge

Mardi Gras is the first cruise ship in the Americas to be powered by LNG.

The process took close to eight hours via a new fueling barge that delivered enough LNG to power the ship's four engines for approximately 14 days.

LNG not only drives Mardi Gras's propulsion system utilizing Azipods, it also powers hotel needs, from elevators, lighting and computers to galley equipment and BOLT, the first roller-coaster at sea.

'Today was another milestone in what promises to be many firsts for Mardi Gras. Many thanks to our partners at Shell and Port Canaveral for their role in bringing LNG to the Americas,' Carnival President Christine Duffy said.

Mardi Gras arrived from Europe to Port Canaveral on Friday.