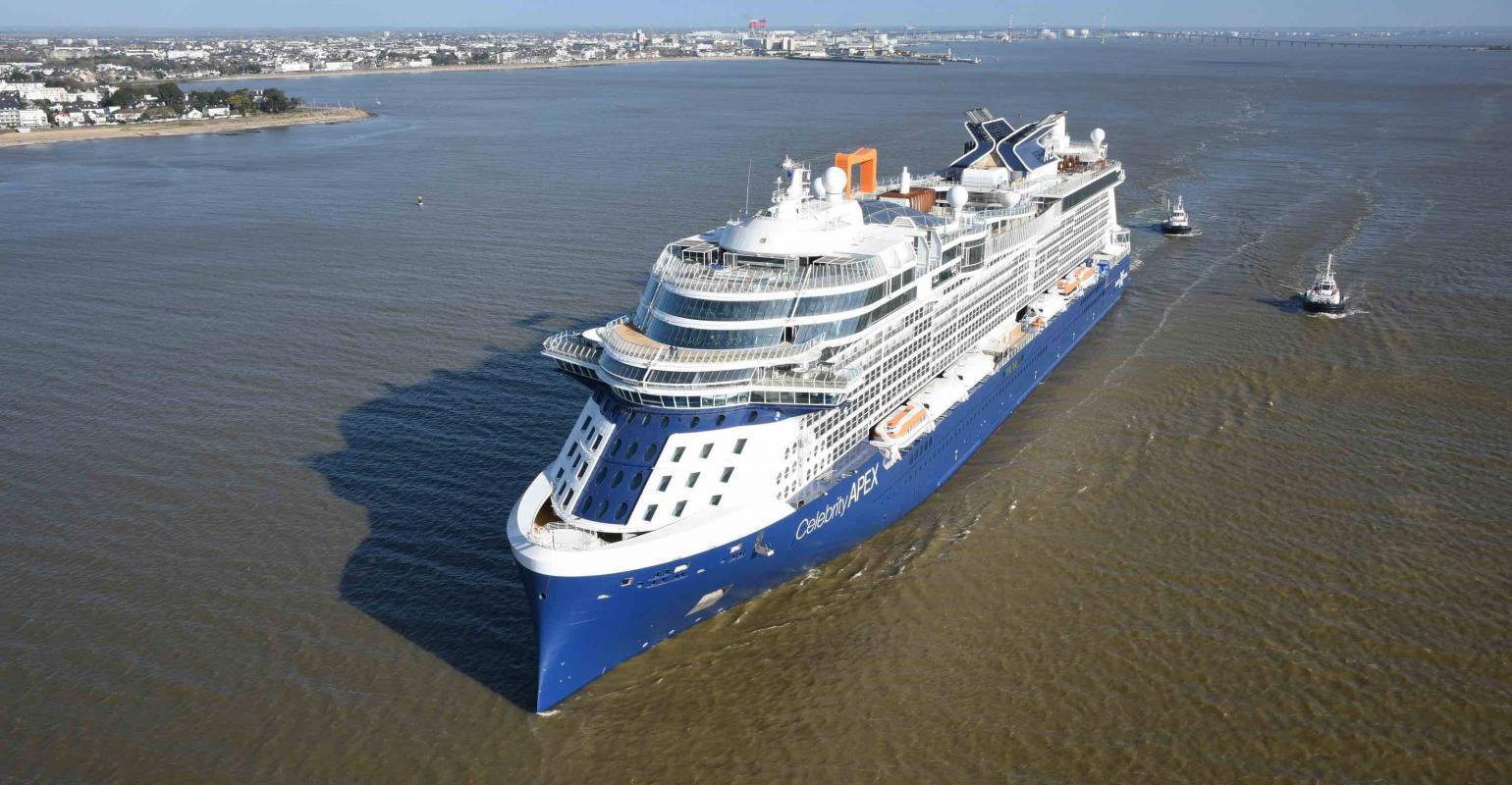 PHOTO: BERNARD BIGER/CHANTIERS DE L'ATLANTIQUE
Celebrity Apex is pictured during its pre-delivery sea trials earlier this year
Celebrity Apex, which paid a visit to Southampton a week ago before its planned trans-Atlantic crossing, is back at Saint-Nazaire.