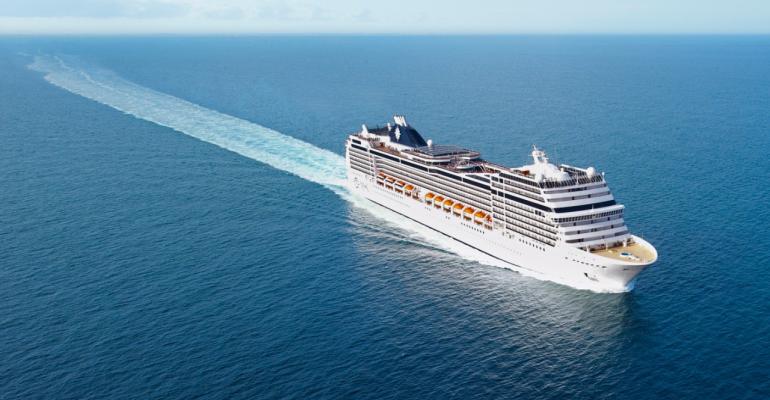 Instead of seven-night Eastern Mediterranean cruises from Bari, MSC Magnifica will operate 10-night cruises to ports in the Western and Eastern Med

MSC Magnifica's restart is delayed to Oct. 19, and the ship will sail longer (10-night) cruises to both the Western and Eastern Mediterranean, instead of just to the Eastern Med.

Previously, MSC Magnifica's Aug. 29 restart was delayed to Sept. 26 on weaker demand for Greece due to additional testing measures required for Italians who travel there.

With this latest change, four seven-night cruises from Bari, Italy, Sept. 26 to Oct. 24 were canceled.

The longer sailing is expected to appeal to travelers flying from Schengen countries because of good pan-European air links to both Rome and Genoa which are, together with Messina, embarkation ports.

Following MSC Magnifica's new 10-night program, in 2021 the ship is scheduled to embark on its second consecutive annual world cruise.

MSC Magnifica follows MSC Grandiosa's return to service in August with weekly cruises in the Western Mediterranean with embarkation at Genoa, Civitavecchia, Naples and Palermo, and a call at Valletta.

MSC Cruises said feedback from the thousands of passengers who've sailed has been 'extremely positive.'

MSC Grandiosa's current program been extended through year's end, including the ship's Christmas cruise from Genoa on Dec. 20.