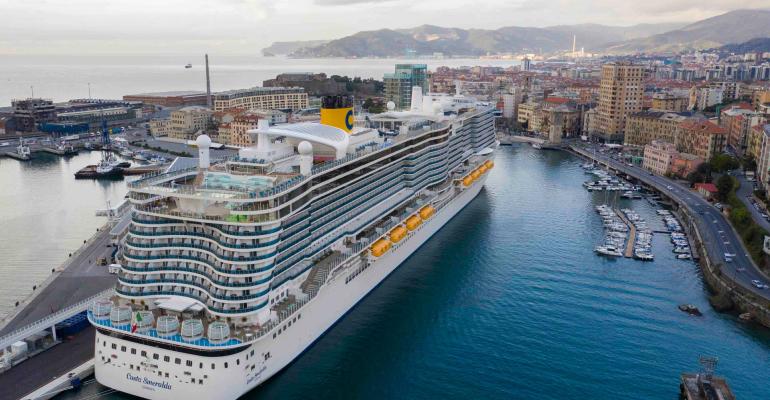 Following the holiday hiatus, Costa Smeralda is to resume sailing on Jan. 7 from Civitavecchia

Costa Crociere will suspend operations from Dec. 20 to Jan. 6, in compliance with Italian government stipulations.

Costa said its health safety protocols have proven effective, as the government itself has stated, but the cruise industry is shouldering the sacrifices that all Italians are making to stem the spread of COVID-19.

Italy banned travel between its regions from Dec. 21 through Jan. 6 and is forbidding people from leaving their hometowns on Christmas Day, Dec. 26 and New Year's Day.

Costa has been operating cruises from Italy for nearly four months.

During the holiday period the line said it will ensure its ships in port address the needs of communities during this difficult period, with special food donation programs to the most vulnerable people, in collaboration with local institutions.

Costa said the cancellation of Christmas and New Year's Eve cruises, among the most popular of the year, represents a further economic sacrifice for the line and the industry during a period that was already very difficult for the entire sector.

Sailings will resume on Jan. 7 with a one-week all-Italy itinerary operated by Costa Smeralda that can be divided into two short cruises of three and four days departing from Civitavecchia (Rome). The four-day mini-cruise features central and southern Italy, with calls at Naples, Messina and Cagliari. The three-day cruise sails to central and northern Italy, visiting La Spezia and Savona.