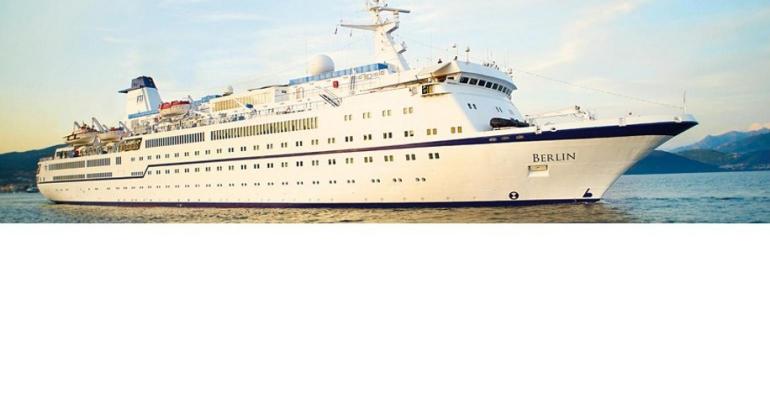 The 40-year-old Berlin is to start a new life as a mega yacht following a full conversion
Munich-based FTI Group confirmed the sale of its 1980-built Berlin to Dreamliner Cruises, a subsidiary of Royalton Investment, for conversion into a mega yacht.

The buyer will take over the ship with immediate effect and plans a full conversion. The sale price was not disclosed.

The sale of Berlin, which was built for Peter Deilmann Reederei and joined FTI Cruises in 2011, caught the market by surprise. For weeks, industry and shipbroking circles in Germany assumed scrapping would be the sad fate for this popular vessel that starred as 'Das Traumschiff' (The Dream Ship), a television series that ran from the mid-1980s until 1998.

In late July, a US-based broker offered the 412-passenger vessel for sale at $2.5m.

Commenting on the deal with Dreamliner Cruises/Royalton Investment, FTI Cruises MD Alexander Gessl said his company is delighted about Berlin's future. In an FTI statement, Clayton Andreson, CEO of Dreamliner Cruises, said Berlin would fit — particularly in regard to its size — perfectly with plans to offer luxury yacht cruises. He added the ship will go into worldwide trade after a full conversion.

Malta-based Royalton Investment is a holding company with operations across Europe and the Middle East, with assets in yachting, real estate, hospitality and technology. The company says the world's largest fleet of mega yachts is among its subsidiaries.

Details about the scope of Berlin's transformation and where that will take place were not provided. It is also not known how many passengers and crew the vessel will accommodate in future. Berlin currently has capacity for 412 passengers.

The acquisition confirms there can be value in older, smaller cruise ships despite the current upset in the sector. Andreson specified that Berlin's size was particularly attractive.

Given that a 40-year-old vessel is finding a new life, could that mean opportunities for some other aging cruise ships to avoid scrapping?

The sale also indicates that high-end luxury cruising/yachting has a future after the COVID pandemic.