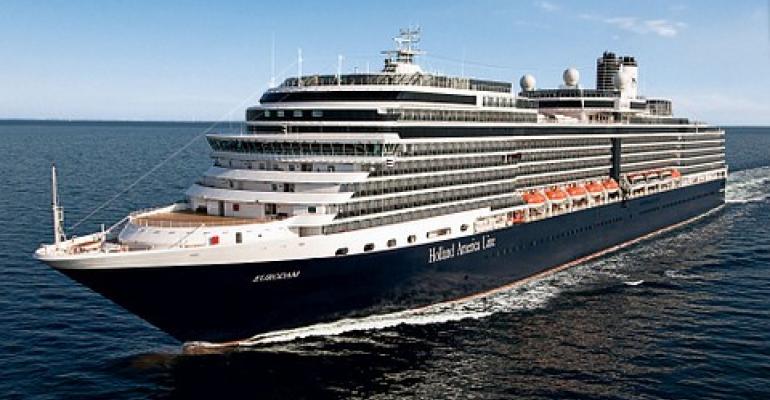 Four Eurodam cruises are confirmed, with additional itineraries in the works

Further cruises are in the works.

'We're back,' HAL President Gus Antorcha said. 'Everyone at Holland America Line has been preparing for our return to service, and we are grateful to the government of Greece for allowing us to show that we can safely operate our cruises.'

With departures Aug. 15 and 29, the 'Idyllic Greek Isles' itinerary features Corfu, Santorini and Mykonos plus Kotor, Montenegro. 'Ancient Wonders' departs Aug. 22 to Náfplion, Mykonos and Rhodes along with Haifa, Israel. The trips can be combined for a 14-day Collectors’ Voyage.

A seven-day 'Adriatic Allure' sailing departing Sept. 5 will travel from Piraeus to Venice, with calls at Mykonos, Katakolon (for Olympia) and Crete (Chania) plus Sarandë, Albania.

Additional Mediterranean cruises aboard Eurodam through the fall will be announced in the coming weeks and include ports in Italy and Greece. The ship is scheduled to return to the US to begin its published Caribbean cruises in mid-November.

Some details for the Europe program are still being worked out, such as whether 'bubble' shore excursions will be required, and this may vary by port. Also, on-board protocols — which currently include health screenings, mask requirements, physical distancing and capacity controls — may be adjusted.

A lot can change by August, Antorcha noted.

Holding out hope for Alaska

Other cruises may be able to start before then.

'Draw no conclusions on Alaska based on this announcement,' as Antorcha put it. Nieuw Amsterdam is currently on the West Coast and the line would like to begin sailing there in July should everything work out.

As for the newbuild Rotterdam — which this week is on its second sea trials and is scheduled for delivery in late July — the inaugural cruise is still planned for Aug. 1 from Trieste to Civitavecchia (Rome), with subsequent cruises from Amsterdam.

'It's very well sold but we still have to see,' Antorcha said.

Eurodam's first cruise is expected to go out at roughly 50% occupancy, quickly working up from there to the mid or high 80s.

'I suspect, given that guests we'll be vaccinated, we'll have quite a bit of freedom on board, but we'll have to see,' Antorcha said. 'We'll ramp up accordingly.'

Vaccination mandate just for this program

The line doesn't have a broad COVID-19 vaccination mandate. That is specific to this itinerary. All Eurodam crew are expected to be vaccinated by August.

Holland America plans to offer 'all the aspects of cruising our guests know and love,' Antorcha said.

Dining will be available in all restaurants and specialty venues, as well as room service. Entertainment will be in full swing in the main show lounge, and live music will be featured in Lincoln Center Stage, BB King’s Blues Club, Billboard Onboard and Rolling Stone Rock Room. Port-to-Table culinary demonstrations, EXC Talks and more are planned to bring Greece and its culture on board through engaging activities. To accommodate physical distancing, additional performances may be added.

HAL also expects its typical customer profile — mainly North Americans — on these Mediterranean cruises. Some source markets may not allow international travel or have tough quarantine restrictions for travelers on their return. Examples are Australia and Canada.