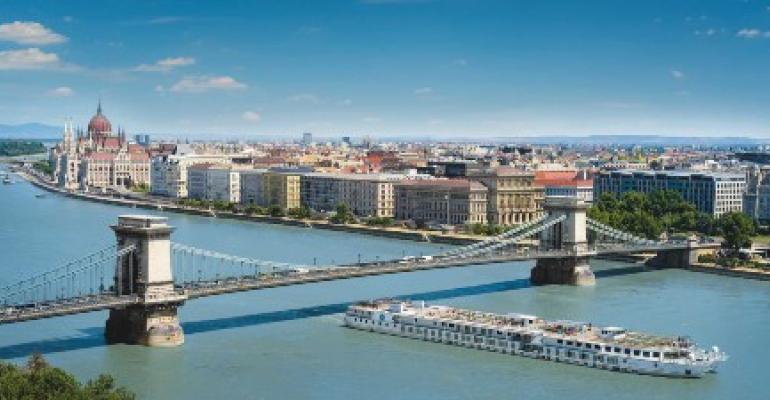 Seaside Collection, a renowned hotel group founded and controlled by Hamburg's Gerlach family, acquired the idle Crystal Mozart and will introduce her as Riverside Mozart on the Danube in April.

The 1987-built vessel, which underwent a complete transformation six years ago for Crystal Cruises' foray into the river sector, will become the first vessel of newly founded Riverside Luxury Cruises.

This newcomer aims for the top luxury segment of international river cruising. As under Crystal, the vessel is going to have butler service, placing her virtually in the same category as Hapag-Lloyd Cruises' Europa and Europa 2, considered the top vessels for Germans.

Riverside Luxury Cruises went online in September and began taking bookings for the 2023 season, due to start with a five-night itinerary on April 4, round-trip Vienna to Budapest and Bratislava. Fares start at €2,208 per person in the lowest of six suite categories, topped by the four-person owner's suite.

During 2023, Riverside Mozart will operate varied itineraries between three and 14 nights. A 14-night cruise in May priced from €7,692 to €49,498. While these fares are in the top league for German river cruising, the vessel and service promise to be as impressive.

Riverside Mozart will carry between 100 and 150 passengers all-suite accommodations ranging from 20 square meters to 82 square meters. There are four restaurants, several bars and an indoor pool.

The pricing and amenities put the vessel at the top of the German market, though Riverside Mozart will also be marketed internationally and an Americas office is being established.

Built for the Danube

At the time of delivery in 1987, Mozart was the biggest inland passenger vessel worldwwide. Tailored specifically for the Danube, it is 120 meters long and 22.85 meters wide — making it too wide too wide to fit through the locks on the Rhine-Main-Danube Canal.

It remains to be seen if Riverside Luxury Cruises will manage the vessel itself or use partners. Registry hasn't been disclosed. Previously, Crystal Mozart was registered in Malta.

Though Riverside Luxury Cruises — still in the course of incorporation and so represented by Hamburg-based Seaside Collection GmbH — is new to cruising, the parent company and its owning family have vast experience in hotel operations. Founder Theo Gerlach started his entrepreneurial career in the late 1950s with residential construction in Hamburg. In 1970 he diversified into hotels, building of two in Maspalomas on Gran Canaria Island, already a popular destination for Germans.

The hotels, Don Gregory and Palm Beach, opened in 1974 and 1975. Then Seaside embarked on a lengthy expansion phase in the mid-1980s, adding further hotels in the Canary Islands and Germany. The group focused on four- and five-star properties, and grew to a total 11 hotels in Germany (Hamburg, Leipzig, Chemnitz, Dresden, Sankt Peter Ording), Spain (Valencia, Gran Canaria and Lanzarote) and the Maldives (Baa Atoll).

Seaside distinguished between 'resort hotels' at tourist destinations and 'city hotels' in (mainly German) cities. Expansion to the Maldives came in 2019 when the Finolhu resort hotel was acquired.

In October 2019 Seaside Hotels — as the group was called — rebranded into Seaside Collection, still using a seahorse as its logo, as it for Riverside Luxury Cruises. (Coincidentally, Crystal's logo is a double seahorse.)

Seaside Collection GmbH is a classic German family venture, with the 1928-born founder Theo Gerlach still very much involved in the day-to-day business. He developed his tourist business from the ground up; it is said he first arrived in Gran Canaria as a tourist in summer 1970 and was so impressed by the island that he spontaneously decided to acquire land to build hotels.

Some time later he branched out from hotel construction into hotel operations as well. Gerlach's children Gregor and Anouchka are both involved in tourism and the family business as well.

Seatrade Cruise News understands Gregor Gerlach will be deeply involved in the diversification into river cruising; he studied business administration in Munich as well as Chicago and worked for McKinsey before joining his father's business in the mid-1990s, initially gaining responsibility for the newly acquired hotels in Germany, while Theo Gerlach continued to oversee the Canary Islands part of the business. Gregor Gerlach is also one of the investors and co-founders of the German restaurant franchise company, Vapiano.

Overall, the Gerlach family is renowned and influential in German travel trade circles, though keeping a modest profile. The family and its core venture, Seaside Collection, remain based in Hamburg.