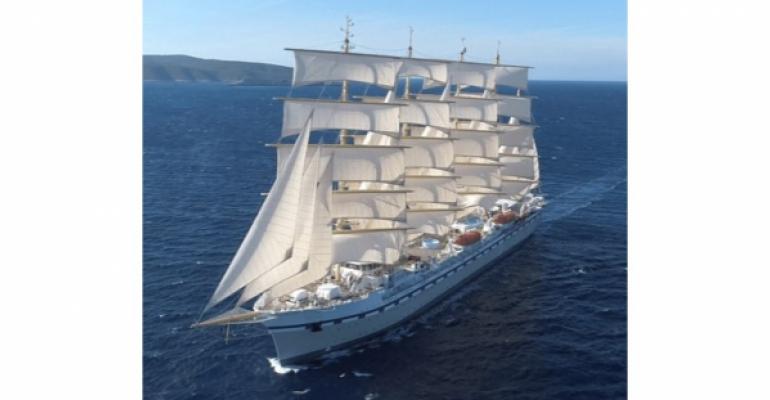 Golden Horizon is scheduled to launch in May
Details of Golden Horizon’s inaugural circumnavigation of Australia in December 2021 have been released by small ship specialist Cruise Traveller, co-founded in 2004 on Queensland’s Gold Coast by Craig Bowen.

Golden Horizon, which will be the world’s biggest square-rigged sailing ship, will be launched next May for UK-based operator Tradewind Voyages.

The vessel was commissioned by Star Clippers, to be named Flying Clipper, but did not go to the company because of a legal dispute with the builder, Croatia's Brodosplit.

Modelled on the 1913 barque France II, Golden Horizon will have 140 cabins, all with ocean vistas.

She will have a fine-cuisine dining room, three pools, a gym, library, spa sanctuary, four inside and outside bars and a marina platform with kayaks, waterskis and wakeboards.

As well as the major ports of Cairns, Sydney, Adelaide and Fremantle, she will call at a host of small and remote places not visited by larger ships, like Noosa in Queensland, Trial Bay in New South Wales, Darlington Bay in Tasmania, Coffin Bay in South Australia and Coral Bay in Western Australia.

AIDAnova to take over the delayed AIDAcosma's cruises
Sep 23, 2021