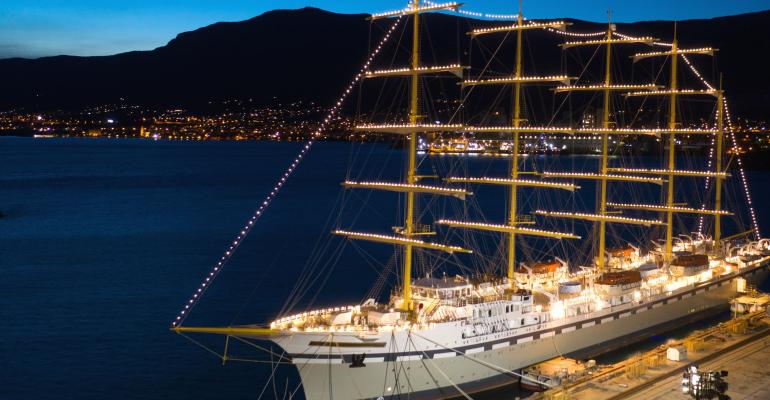 Golden Horizon will sail in the Caribbean in northern winter of 2022/23 instead of Australia
Citing ongoing uncertainty surrounding the resumption of cruising in Australia and the projected status of Australian interstate and international borders, UK-based Tradewind Voyages cancelled Golden Horizon’s maiden 2022/23 summer season in Australia.

Instead, Australians are invited to travel to the Mediterranean or Caribbean in 2022 or 2023, when outbound travel regulations allow, to sail aboard the world's largest square-rigged sailing ship.

The recently launched 272-passenger Golden Horizon was originally due to arrive in Australia for her inaugural season this December but pandemic restrictions forced Tradewind Voyages in August to defer plans for the 2021/22 season to 2022/23.

The British company said long-term planning was needed to operate and market voyages in Australia and ongoing, restrictive conditions and lack of clarity for cruising and freedom of travel made the season unviable.

It hopes Golden Horizon could grace Australian shores in the summer of 2023/24, ‘if restrictions cleared well before then.'

Golden Horizon, launched in Europe in July, will be based in the Mediterranean from April-October 2022 and again in the northern summer of 2023, with plans for her to sail in the Caribbean in the northern winter of 2022/23 instead of Australia.