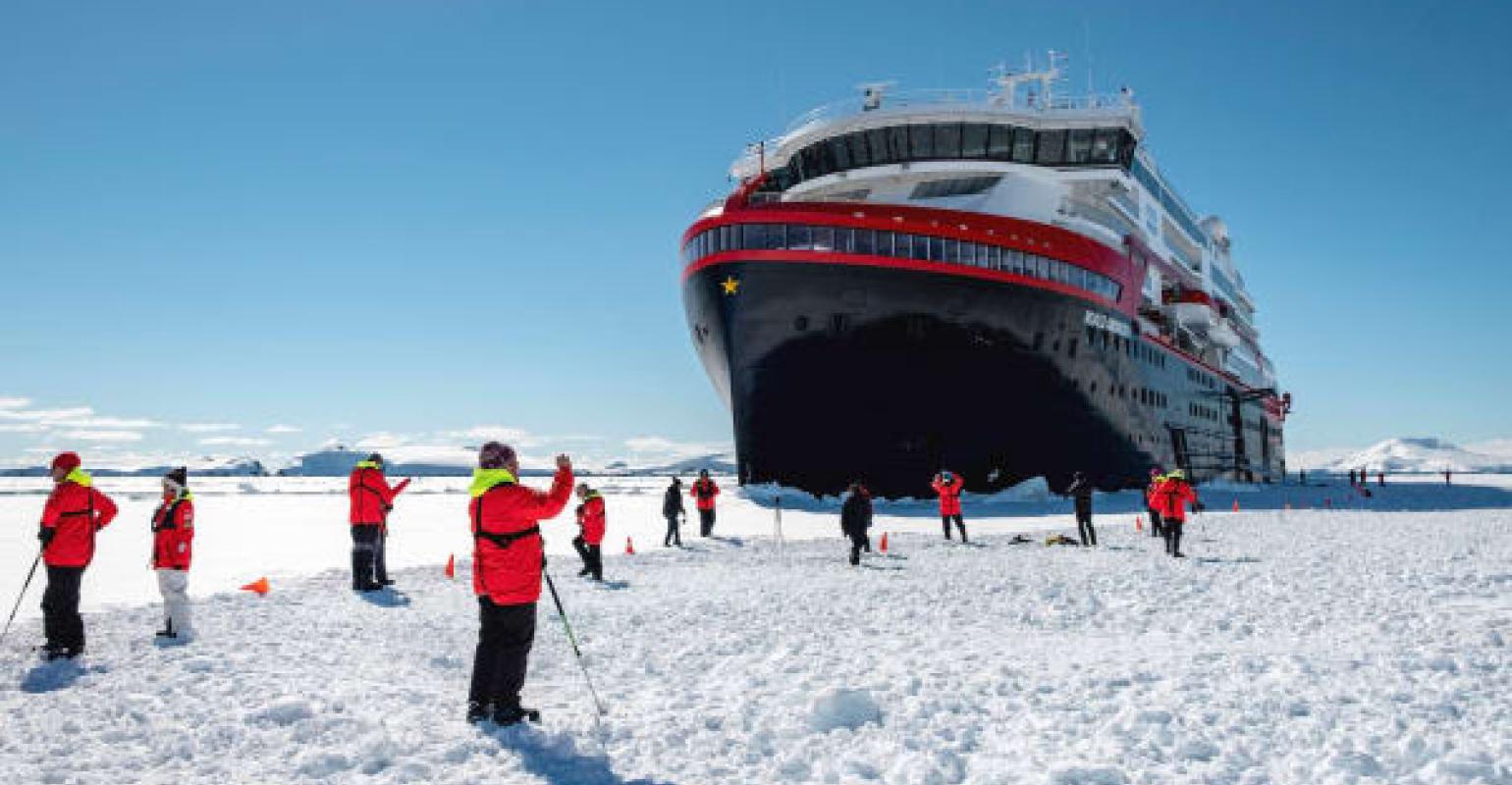 Roald Amundsen will operate the journey that embarks Aug. 8, 2022.

A little over a month later, Fram will set sail on a 66-day expedition cruise from the Arctic to Antarctica.

The two new itineraries will visit some of the world’s most beautiful and remote places in Antarctica, Canada’s Northwest Passage, the Chilean Fjords and Greenland, as well as transiting the Panama Canal.

In the wake of polar hero Roald Amundsen

The 93-day adventure departs Vancouver, BC, and will visit 11 countries, plus Antarctica, before ending at Buenos Aires. It takes place on Roald Amundsen, named after the first explorer to reach both the North and South poles, and the first person to navigate through the Northwest Passage, in 1903.

The voyage includes the rarely visited Aleutian Islands along the Alaskan Peninsula and the deserted St. Matthew Island, called the most isolated place in Alaska, before crossing the Arctic Circle and heading through the Northwest Passage to Greenland and Baffin Island.

The ship travels from the Canadian Arctic to Greenland, before heading south through the Caribbean, the Panama Canal and South America, and will make some of the first landings in Antarctica that season.

Fram is named after the original explorer ship Fram, used on expeditions between 1893 and 1912, including Amundsen’s 1911 Antarctica expedition when he reached the South Pole.

'These extraordinary expedition cruises will offer more bucket-list destinations and once-in-a-lifetime experiences than we have ever before offered in one voyage,' Hurtigruten Expeditions CEO Asta Lassesen said.

Additional pre- and post-cruise tours are available, including such destinations as Easter Island and Machu Picchu.