For latest Royal Caribbean ship, it's been an odyssey getting to Port Everglades 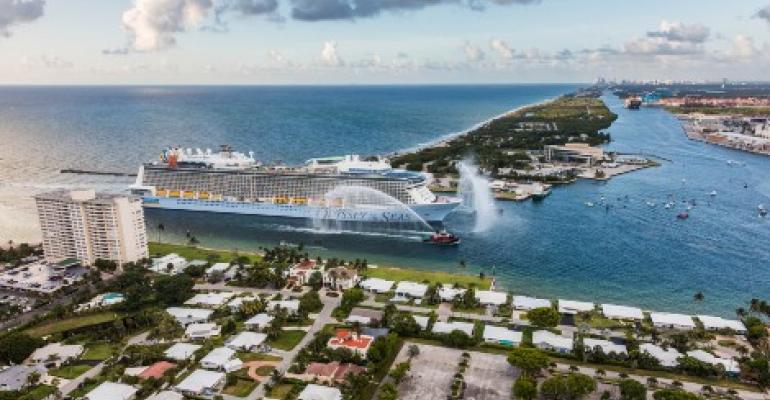 Royal Caribbean International's Odyssey of the Seas arrived stateside Thursday at Port Everglades as the first Quantum Ultra-class ship to cruise from the US.

Odyssey had originally been planned to debut from Port Everglades last November, but there have been a few twists and turns.

First scheduled for delivery in late 2020, the ship was to spend its inaugural winter season in the Caribbean and then redeploy to Civitavecchia (Rome) in May 2021 to become the first Quantum Ultra-class ship to cruise in Europe for the summer.

But the COVID-19 pandemic disrupted all that. Instead, Meyer Werft's delivery timeline was revised to April 2021, and Odyssey was going to enter service from Civitavecchia with a Mediterranean summer before redeploying to Port Everglades in November this year.

It was then decided — stunning news at the time — to debut Odyssey in May from Haifa, Israel, carrying Israeli residents fully vaccinated for COVID-19. When this was announced, Israel led the world in COVID-19 vaccination, and it was planned for Odyssey's crew to be inoculated, too.

Meyer Werft delivered the ship March 31, and it made its way to Haifa.

But just as Odyssey was about to begin cruising from there, airstrikes broke out between Israel and Hamas, and Royal Caribbean again had to change plans, announcing the ship would debut in Florida after all.

So on Thursday, Port Everglades welcomed the ship it had awaited from the start.

Odyssey is getting positioned in advance of its first passenger service scheduled for July 3, and the ship will sail on six- and eight-night Caribbean voyages through April 2022.