Lutoff-Perlo: Celebrity's St. Maarten cruises are only the start 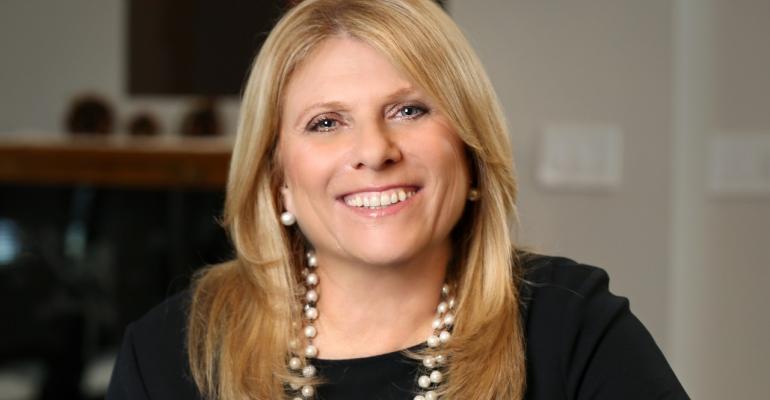 'Cruising is starting. We're starting to come out of this. People are more optimistic, and we see the mood is changing,' Lisa Lutoff-Perlo said

Celebrity Cruises is actively exploring venues to resume operations beyond the Caribbean homeporting of Celebrity Millennium starting in June.

It's unlikely more Caribbean homeporting would be among those, President and CEO Lisa Lutoff-Perlo told Seatrade Cruise News, since the company is making a 'conscious effort to start slow in the Caribbean.'

Asked if Europe's a possibility, she noted how sister brand Royal Caribbean International has been sailing from Singapore and is scheduled to start in Israel.

'We're exploring different parts of the world. We continue to look,' Lutoff-Perlo said. 'There are multiple scenarios, dozens of them. It's like a checkerboard. When, where and so many iterations. We're on No. 27, 28 or 30. It's crazy.'

The six Celebrity vessels in or near US waters, including Millennium, are currently in 'green' status with the US Centers for Disease Control and Prevention. And 'We're ready,' Lutoff-Perlo said, should the CDC decide to advance its conditional sailing order. She has 'no idea' of CDC's timeline.

'The mood is changing'

Regardless, what's happening in the Caribbean is 'such a positive sign. Cruising is starting. We're starting to come out of this.

'People are more optimistic, and we see the mood is changing.'

How Millennium from St. Maarten came together

Of the six ships in or near US waters, Celebrity Millennium was the only one without a plan. It had been scheduled for open-jaw Alaska cruises between Vancouver, BC, and Seward, until Canada extended its cruise ship ban for a year.

Celebrity began working with St. Maarten about six weeks ago, and just finalized everything with the government there and in the ports of call — Barbados, Aruba, Curaçao, St. Lucia and Tortola.

'We have found some lovely friends in the Caribbean,' Lutoff-Perlo said, noting St. Maarten and Barbados (a stop on both of the two different weeklong itineraries) had helped cruise lines in the past year, allowing crew changes, refueling and other services. This sparked conversations about possibilities.

'St. Maarten is a perfect place [to homeport]. The itineraries are beautiful and the airlift is good,' Lutoff-Perlo said. Celebrity is packaging all its cruises from Philipsburg with air, and prices are attractive, starting at $1,999 per person for a veranda stateroom.

Celebrity Millennium's program is scheduled through August. Lutoff-Perlo didn't want to say where the ship will go after that. But should the CDC not be ready to green-light US cruising or if demand is exceptionally strong for the St. Maarten cruises, it's possible that deployment could be extended.

Vicky Garcia, COO of Cruise Planners, an American Express Travel Representative, applauded the Celebrity Millennium program and said: 'American cruisers are excited a major cruise line has provided an option in the Caribbean for those who are eager to cruise while following safely protocols. While some travelers may not be able to sail until they are vaccinated, they should make their reservations now with a travel advisor, since there will be limited on-board capacity and there is a lot of pent-up demand.'

Celebrity's loyalty members and Lutoff-Perlo's contacts in the business community have expressed their eagerness to cruise, especially since many have been vaccinated, as she herself has.

A vaccination mandate for crew and passengers (18 and over) is part of Millennium's restart, and Celebrity is confident more than enough crew will be inoculated by then — thousands already have gotten the shots in their home countries.

The ship won't be sailing at full capacity initially; Lutoff-Perlo couldn't say the target occupancy but noted it will gradually ramp up.

She's heard only positive words about vaccination from loyalty members who've expressed their preference to sail in a vaccinated environment, and travel partners have echoed this.

'I know not everybody is going to want to be vaccinated, and that's their choice not to sail with us,' Lutoff-Perlo said. 'I think if you're a traveler who really enjoys seeing the world, you'll more than likely want to get vaccinated.

'We are a global brand. We take our guests all over the world. I don't envision vaccination as an issue.'