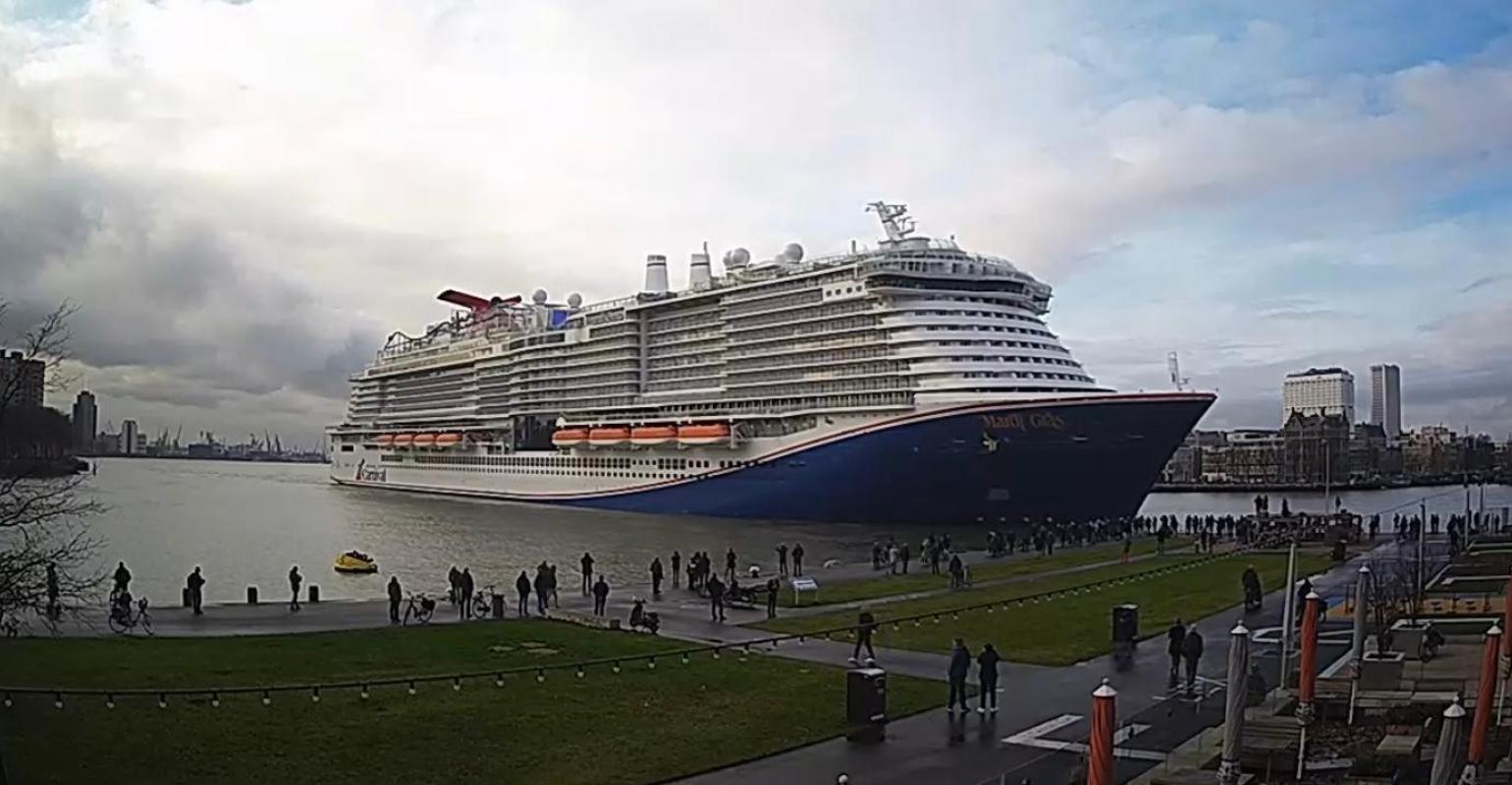 Mardi Gras arrives in Rotterdam
Carnival Cruise Line’s Mardi Gras made its first port call Tuesday morning at Rotterdam where the ship will refuel LNG for the first time after delivery.

Mardi Gras, set to begin sailing from Port Canaveral in late April, will be the Americas' first LNG-powered cruise ship.

LNG requires larger, custom-built tanks than conventional fuel as well as specialized refueling stations, such as the one in Rotterdam.

Mardi Gras is equipped with four medium speed LNG engines that will can in port and at sea. The ship is able to operate for two weeks between refuelings.

Delivered last week by Meyer Turku, Mardi Gras is scheduled to depart Rotterdam Wednesday, en route to Barcelona before making its eventual arrival in the US.

The ship’s inaugural voyage from Port Canaveral is scheduled for April 24.