Mardi Gras sends Carnival Horizon off on its PortMiami restart 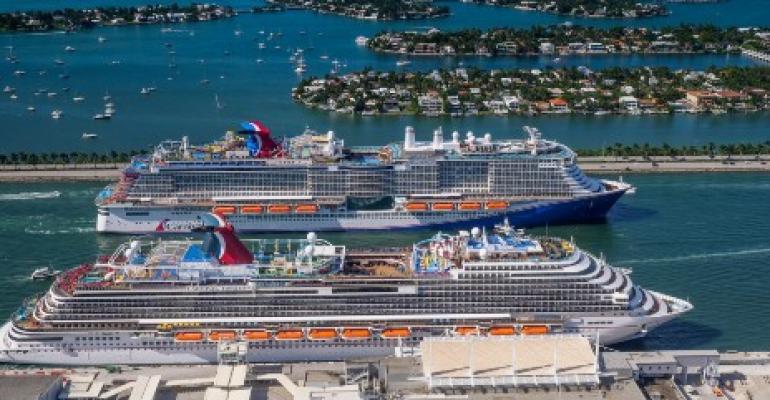 Carnival Horizon departed on a six-day cruise to Roatán's Mahogany Bay and Half Moon Cay, part of its year-round schedule of Caribbean and Bahamas voyages from Miami.

Mardi Gras, based at Port Canaveral, is to enter service July 31.

Carnival Horizon's resumption in Miami provides a significant boost to the local economy and the tens of thousands of jobs in South Florida that are supported by the cruise industry.

Florida is No. 1 in the nation in cruise embarkations with cruising contributing more than $9bn in direct purchases and responsible for over 159,000 jobs.  In Miami-Dade County alone, cruise activity generates approximately $7bn of spending and 40,000 jobs annually. Of the 437,000 cruise industry-supported jobs in the US, nearly 37% are in Florida.

Prior to Duffy's remarks, a moment of silence was held to honor those impacted by the deadly condominium collapse in nearby Surfside.

'PortMiami is our No. 1 homeport in terms of ships and passenger embarkations and today's return to cruising with Carnival Horizon represents an important first step in getting our company back to business while infusing much-needed capital to the thousands of workers who rely on the cruise industry for their livelihood,' Duffy said. She thanked state and local officials, PortMiami and business partners and suppliers for their support and patience.

Longshoremen back to work

Torin Ragin, president, International Longshoremen's Association Local 1416, noted it was a special day for his union members. 'We have approximately 800 members at PortMiami and their wages dropped as much as 80% during the nearly 16-month cruise suspension. Today, with Carnival Horizon's first sailing, we get back to work and look forward to supporting our families again,' he said.

Carnival's restart includes Carnival Vista from Galveston July 3, with Carnival Breeze to sail from Galveston July 15 and Carnival Miracle kicking off the line's Alaska season from Seattle July 27. Mardi Gras then follows from Canaveral July 31 and other Fun Ships are to resume in August.