MSC Seashore is stateside ahead of Nov. 18 naming 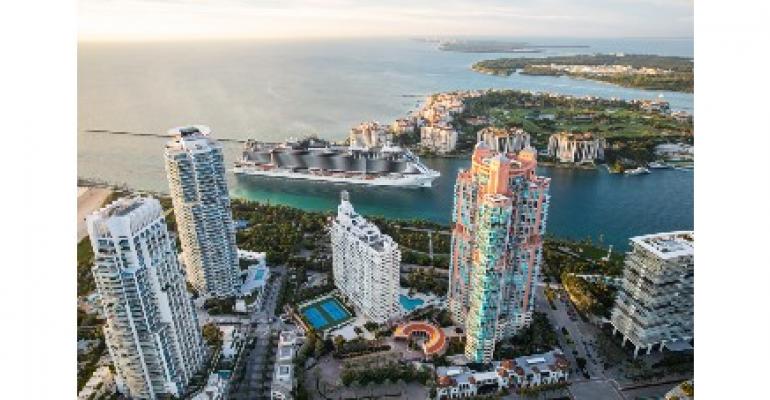 MSC Seashore sails through Government Cut off South Beach at the entrance to PortMiami
MSC Cruises' newest ship, MSC Seashore, arrived at its new home, PortMiami, Sunday, in preparation for its naming in the Bahamas at Ocean Cay.

Following its inaugural western Mediterranean season that began in early August, this first Seaside EVO vessel will be officially named Thursday by godmother Sophia Loren in the first cruise ship christening on a private island.

The occasion will also serve as the formal inauguration of Ocean Cay MSC Marine Reserve, which opened in late 2019 and closed shortly after due to the pandemic. The island has since gone through further work and significant improvements.

Seatrade Cruise News will be on hand to report.

Third MSC ship based in the US

MSC Seashore is the third MSC Cruises ship based in the US. It will sail from PortMiami through summer 2022.