MSC World Europa to be named in Doha, Qatar 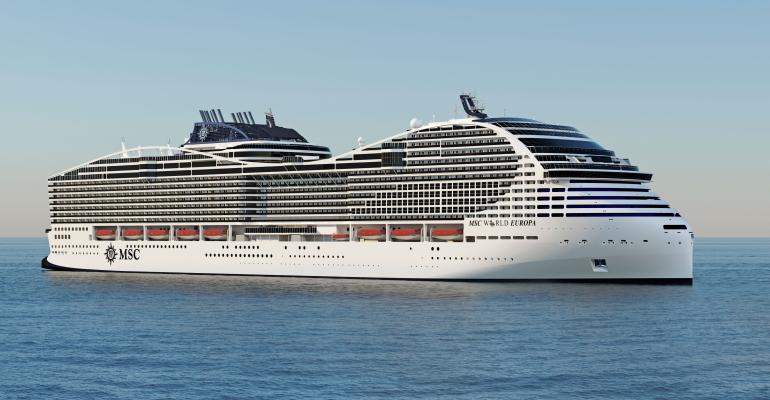 The 215,863gt vessel will be the world’s largest LNG-powered cruise ship and will officially inaugurate the port of Doha’s new Grand Cruise Terminal.

Pierfrancesco Vago, executive chairman, Cruise Division of MSC Group, said, ‘MSC World Europa represents the future of cruising, a totally new platform that will provide our guests with an unforgettable cruise not experienced anywhere before, so it is fitting that this monumental event will take place in one of the seven new Urban Wonders of the World and inaugurate the city’s magnificent new Grand Cruise Terminal.

‘Qatar will continue to play an important role in our strategy to expand our presence in the broader Gulf region as we see greater demand from our guests to visit this culturally rich and yet fully discovered part of the world.  I would like to thank Qatar Airways for its collaborative partnership and strong support in making this event happen,’ he added.

Akbar Al Baker, chairman of Qatar Tourism and Qatar Airways Group chief executive, added, ‘Qatar has taken important steps to position itself as a world class destination for cruise passengers and the naming ceremony of MSC World Europa in Doha is another landmark event as we grow this important tourism sector.’

Doha’s new Grand Cruise Terminal is a 24,000sq mtr facility that will handle up to 28,000 passengers a day and has the capacity to host two mega-cruise ships a day. The facility includes an aquarium in the terminal and a gallery that specialises in Islamic art, among its many features.

MSC World Europa will be berthed at the Doha terminal during the FIFA World Cup used as a floating hotel.

The ship will make her maiden voyage from Doha on December 20, offering seven-night cruises with calls at Dubai, Abu Dhabi and Sir Bani Yas Island in the United Arab Emirates, plus Dammam in Saudi Arabia.

For the upcoming winter season MSC Opera will also offer seven-night itineraries in the Gulf region with calls at Dubai, Abu Dhabi and Sir Bani Yas island, plus two destinations in Oman: Muscat and Khasab.

Fom March 2023 MSC World Europa will move to the Mediterranean sailing seven-night cruises to the Italian ports of Genoa, Naples and Messina, as well as Valletta in Malta, Barcelona in Spain and Marseille in France.