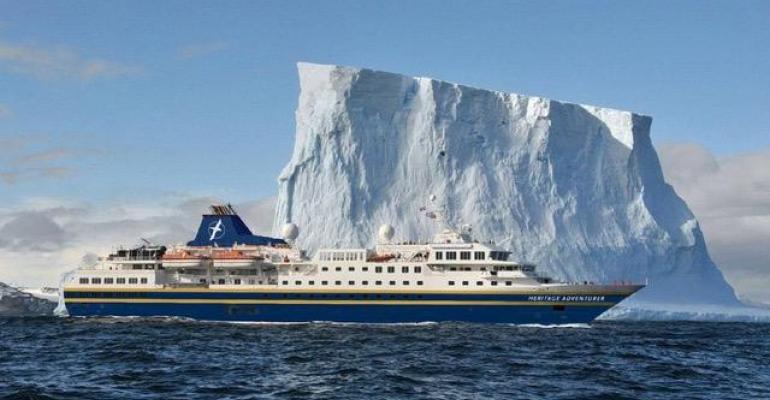 She was purchased by Hanseatic Tours, which merged with Hapag-Lloyd Cruises, and was later chartered to Canada’s One Ocean Expeditions when she briefly sailed as Resolute.

The owner and technical manager (deck and engine) is Nordic Hamburg Shipmanagement.

‘Over the coming months we will be working closely with the owners to coordinate an overhaul and refurbishment in preparation for Heritage Adventurer joining our fleet,’ Nathan Russ, a co-director of Heritage Expeditions, said.

Originally designed to accommodate 184 passengers, the new flagship for Heritage Expeditions is intended to operate with a maximum 140 expeditioners for a spacious, comfortable on-board experience.

Heading for the Ross Sea

The 124-metre ship has 14 Zodiacs and will commence operations in the Russian Far East, including Wrangel Island, before venturing southwards through the South Pacific to New Zealand, the sub-Antarctic islands and down into the heart of Antarctica to the Ross Sea.