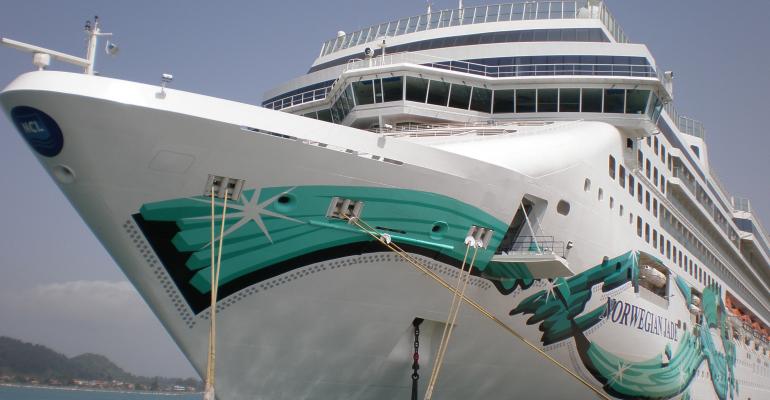 Norwegian Jade welcomed passengers on board Sunday as the first Norwegian Cruise Line ship to resume sailing after 500 days.

She also made NCL history as the company's first vessel to homeport in Piraeus (Athens).

The ship will be deployed in the Greek Isles until November, visiting Crete, Mykonos, Rhodes and Santorini.

‘Welcoming our guests and crew on board has been one of the most memorable moments of my over 30-year career,’ said Harry Sommer, president and CEO of Norwegian Cruise Line.

Greek Minister of Tourism Harry Theoharis added, ‘We are overjoyed to welcome Norwegian Jade and her guests to Greece. The planned itineraries will offer unique experiences that combine our rich history, bustling culture and famous gastronomy.’

Norwegian ups the ante in Europe

Norwegian Jade’s deployment in Athens is part of a long-term strategy to further increase NCL’s presence in Europe.

Through 2023, the company plans to position nine ships in the region, with Norwegian Dawn, Epic, Escape, Getaway, Gem, Jade and Star scheduled to sail in Greece.

‘Norwegian Jade’s first Greek Isles voyages sold out shortly after we made the announcement that we were on our way back,’ said Sommer.

‘With such strong demand, we are glad to expand our offering in Greece with seven ships through 2023,’ he added.

On August 7, Norwegian Encore will be the first ship to return to service from the US when she debuts in Seattle for her inaugural season of Alaska cruises.

The company’s Sail Safe health and safety program includes that all crew and passengers must be fully vaccinated to embark for voyages through October 31.