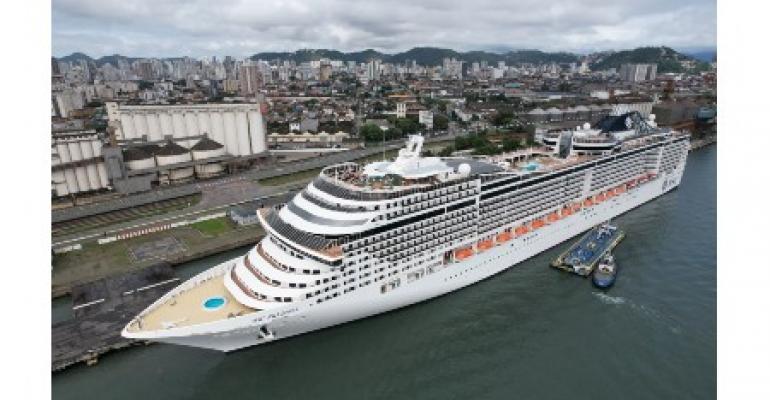 MSC Preziosa in Santos, where cruising restarts Nov. 5
Here's a quick read of some of today’s coronavirus-recovery cruise news. This will be updated throughout the day.

MSC Preziosa arrived at Santos ahead of tomorrow's restart of cruises from Brazil. A special event was held on board with the mayor of Santos and other senior officials from the city council, port authority and tourism organization.

MSC Preziosa will operate several mini-cruises in Brazilian waters from Santos and Rio de Janeiro and will be joined next month when MSC Seaside and MSC Splendida start operating from Santos.

The three ships — with MSC Seaside making its South America debut — will call at 11 Brazilian ports throughout a season that stretches to April.

They'll operate under protocols announced last week by national health surveillance agency ANVISA. These include proof of vaccination for those eligible for vaccination in Brazil, a negative PCR test taken within 72 hours before embarking or a negative antigen test taken within 24 hours, a 75% capacity limit and daily testing of at least 10% of passengers and 10% of crew. 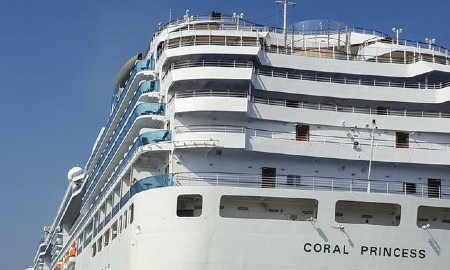 Princess Cruises cancelled three Coral Princess sailings from Australia, including a 107-night world cruise that was to have originated in New Zealand.

Princess said the cancellations are due to the ongoing uncertainty of travel restrictions to the regions on these multi-destination itineraries. 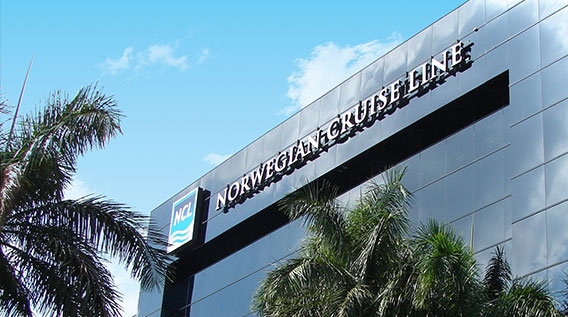 'Guests who are not old enough to be vaccinated per the US Food and Drug Administration, World Health Organization and European Medicines Agency are not permitted to sail,' NCLH said in its statement. 'However, given the recent health updates regarding the expansion of the age criteria to receive the vaccination, we look forward to welcoming these younger guests back on board soon.'