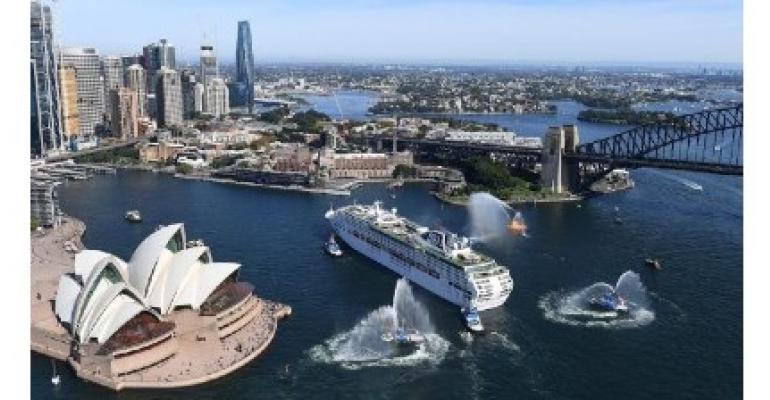 Sydney Harbour was at its sparkling best when P&O Cruises Australia’s Pacific Explorer sailed through the Heads on a glorious autumn Easter Monday.

The 77,441gt flagship, the first cruise ship to return to Australia in more than two years, was escorted to the Overseas Passenger Terminal by three water cannon tugs and pleasure craft.

Marguerite Fitzgerald, president of Carnival Australia and P&O Cruises Australia, was joined by NSW Transport Minister David Elliott on a chartered vessel for media that was part of the welcoming flotilla.

‘Cruise lines have done an enormous amount of work with medical experts internationally which has resulted in health protocols that are among the most extensive to be found anywhere in world tourism,’ Katz said.

‘With these measures in place, Australia now has an opportunity to begin a responsible recovery in an industry that has long been a vital part of our tourism economy.’

He said it is estimated that the suspension of cruising has cost the Australian economy more than A$10bn since early 2020.

Fitzgerald said Pacific Explorer will make the first cruise of the season — a four-night round-trip from Sydney to Brisbane on May 31.