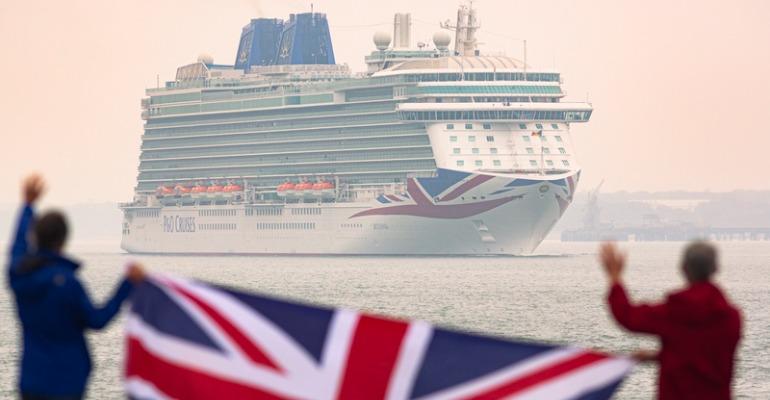 Britannia will sail a series of three-, four- and seven-night UK coastal cruises until September 25
P&O Cruises’ Britannia departed the Port of Southampton on June 27 to begin a four-night sailing around the UK coast.

It is the line's first vessel to sail in 15 months.

‘We’ve been on countdown to this moment,’ explained Paul Ludlow, president, P&O Cruises, ‘we fully recognise that it’s been a period filled with anticipation and thwarted plans.’

He added, ‘We’ve spent this time working hard, refining and enhancing our holidays… Our restart is a celebration for crew, guests, our staff, Southampton and also the industry as we return to playing our key role supporting the array of local growers, suppliers, hotels, B&Bs, restaurants and taxis drivers for whom the cruise industry is so vital.’

Britannia will sail a series of three-, four- and seven-night UK coastal cruises until September 25, when Western Mediterranean itineraries will then commence prior to the ship’s winter Caribbean season.