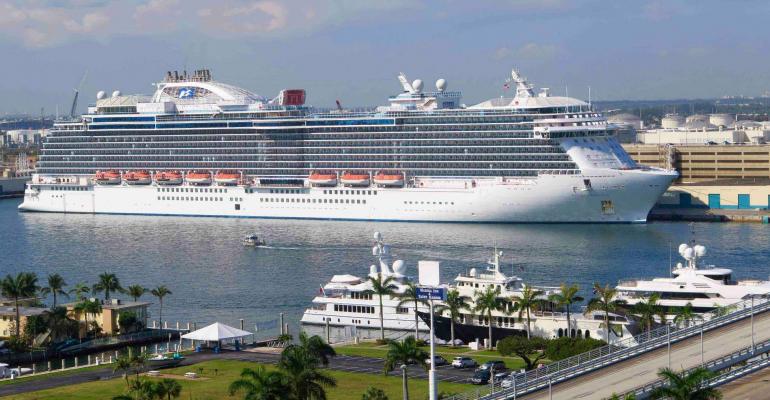 The 3,560-passenger Regal Princess was to have made her debut in Sydney in December

What was to have been Princess Cruises’ biggest 2020/21 season in Australasia is another victim of COVID-19.

The company has decided to pause all cruises in Australasia until May 31.

It had planned to debut the 3,560-passenger Regal Princess in Sydney from December until April.

Regal Princess was to have joined her sister Royal-class ship Majestic Princess for a programme of voyages to New Zealand and the South Pacific.

SVP Asia Pacific Stuart Allison said it would have been the first time in history that Princess Cruises had deployed two Royal-class ships from the same homeport outside of Florida.

In all, there were plans for five Princess ships, with capacity for 13,790-passengers, to sail 123 cruises from six homeports Down Under in the 2020/21 season.

The company said the pause has been caused by the uncertainty of when international travel restrictions will be lifted.

Passengers will receive a refundable future cruise credit of 100% of the fare paid, plus a non-refundable bonus equal to 25% of the fare.

Alternatively, they have until November 30 to request a full refund.

Travel agent commissions for cancelled cruises that were paid in full have been protected.