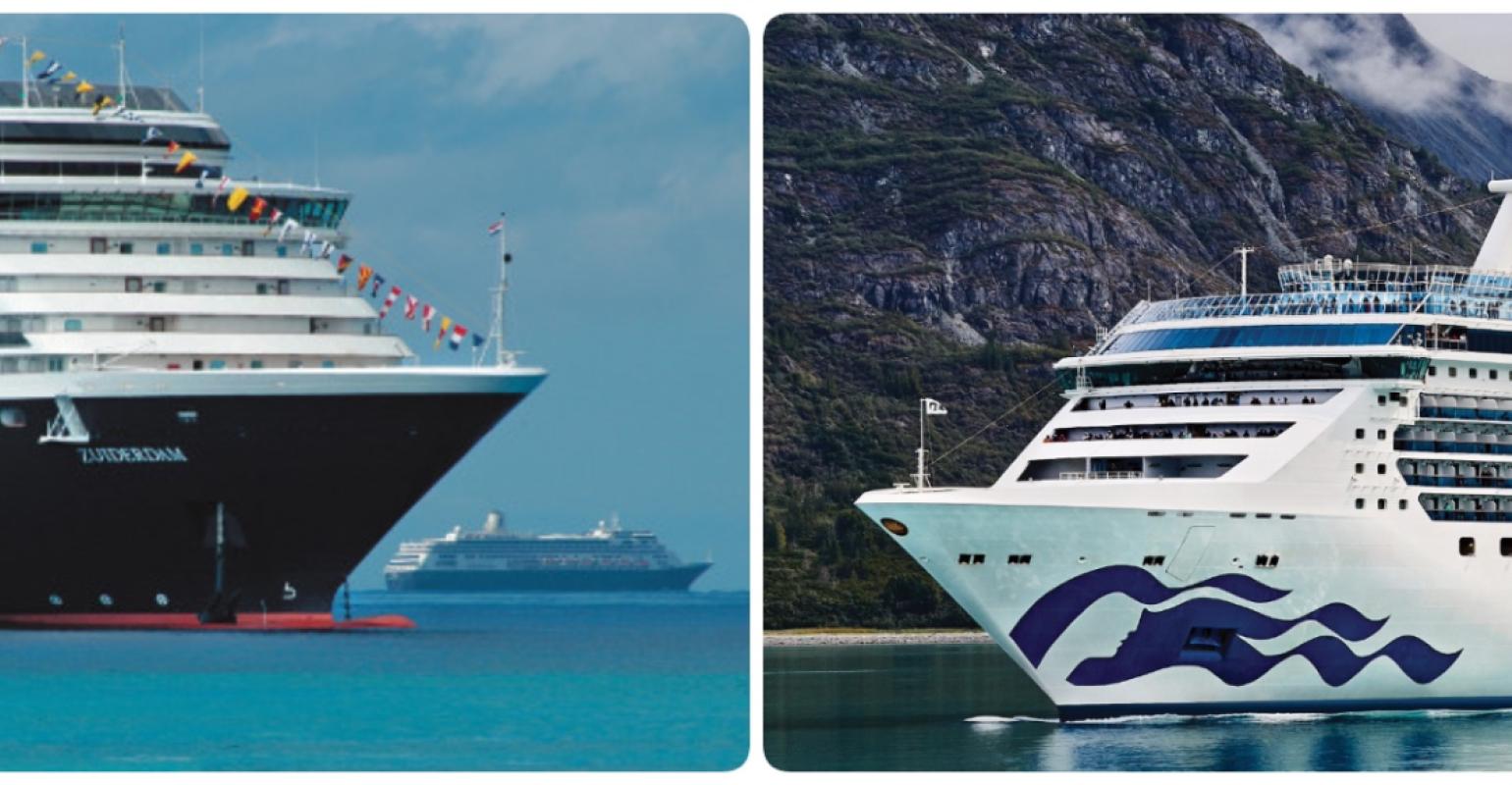 The cancellations impact a wide range of destinations, from Alaska to New England/Canada to Europe. At left, Zuiderdam and Zaandam, and at right, Island Princess
Princess Cruises suspended departures through May 14, and Holland America Line through April 30 plus some dates in May, June and August.

For Princess this includes sailings in the Caribbean, on the California coast and early season Alaska and Europe cruises. Impacted Holland America sailings are in Alaska, the Mexican Riviera, the Pacific Coast, Caribbean, Mediterranean and Canada/New England.

Canada/New England: Zaandam cruises through August (between Boston and Montréal).

For HAL, customers paid in full wiil receve a 125% future cruise credit. Those not paid in full will receive an FCC double the amount of their deposit; the minimum FCC is $100 and the maximum will be an amount up to the base cruise fare paid. The FCC is valid for 12 months from the date of issue and may be used for cruises departing through Dec. 31, 2022.

Princess passengers have the option to receive a refundable FCC equal to 100% of the cruise fare paid plus an additional nonrefundable 25% bonus FCC. FCCs may be used for any cruises booked by May 1, 2022, and sailing by Dec. 31, 2022.

To receive the FCCs, no action is required for Princess or HAL.

Or a full refund

To request a refund instead, HAL customers should fill out this online form, and Princess customers should use this one. For either line, refund requests must be received by Feb. 15, or the FCC option will apply.

Princess will protect travel advisor commission on bookings for canceled cruises that were paid in full.

The line previously canceled departures on all ships through March 31, and all cruises longer than seven days sailing to and from US ports through Nov. 1.  Princess had also extended its pause for cruises departing from Australia and New Zealand through May 31, as well as Japan cruises through June 25.