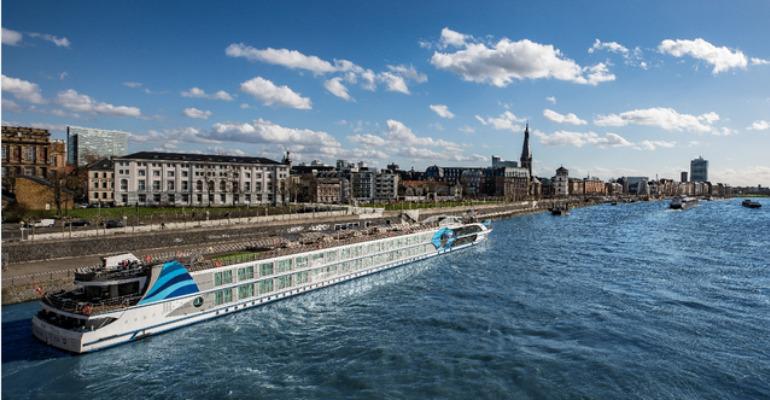 The 2006-built Viva Tiara is currently sailing the Rhine

VIVA Cruises has scrapped the usual pause in operations that follows New Year’s sailings, with three of its vessels kicking off the river cruise season early in Central Europe.

River cruising in Central Europe typically draws to a temporary close from early January to mid-March.

The Dusseldorf-based operator, which serves mainly the German-speaking market, reported favourable bookings for all three ships prompting its MD, Andrea Kruse, to say she was ‘more than satisfied with the initial results' of the strategy to host winter river cruises, which have so far been ‘extremely well received.’

The rest of the VIVA fleet will resume sailing in March, as usual.

Two wellness-focussed itineraries are being delivered by VIVA Moments sailing from Dusseldorf: the first includes calls at Bonn and Boppard, while the second calls Koblenz, Frankfurt am Main plus Speyer. Prices start from €395 euros.

VIVA Tiara operates four-night city cruises roundtrip from Dusseldorf calling Amsterdam, Rotterdam and Antwerp with prices starting at €350 per person. Their emphasis is on art and culture with added culinary highlights, including beer and chocolate tasting in Antwerp. The vessel underwent renovation in 2020.

From mid-February, the 88-passenger Swiss Ruby will operate longer seven-night crime thriller-themed itineraries roundtrip from Dusseldorf to Berlin. Working alongside Gmeiner Verlag – a publishing house concentrating on detective stories that take place in Germany – VIVA has created an onboard program where authors read from thriller novels combined with shore excursions that take passengers to locations written about in the novels. Prices start at €995 euros per person.

VIVA ships will continue to operate its vessels at reduced capacity as part of its COVID-19 measures.