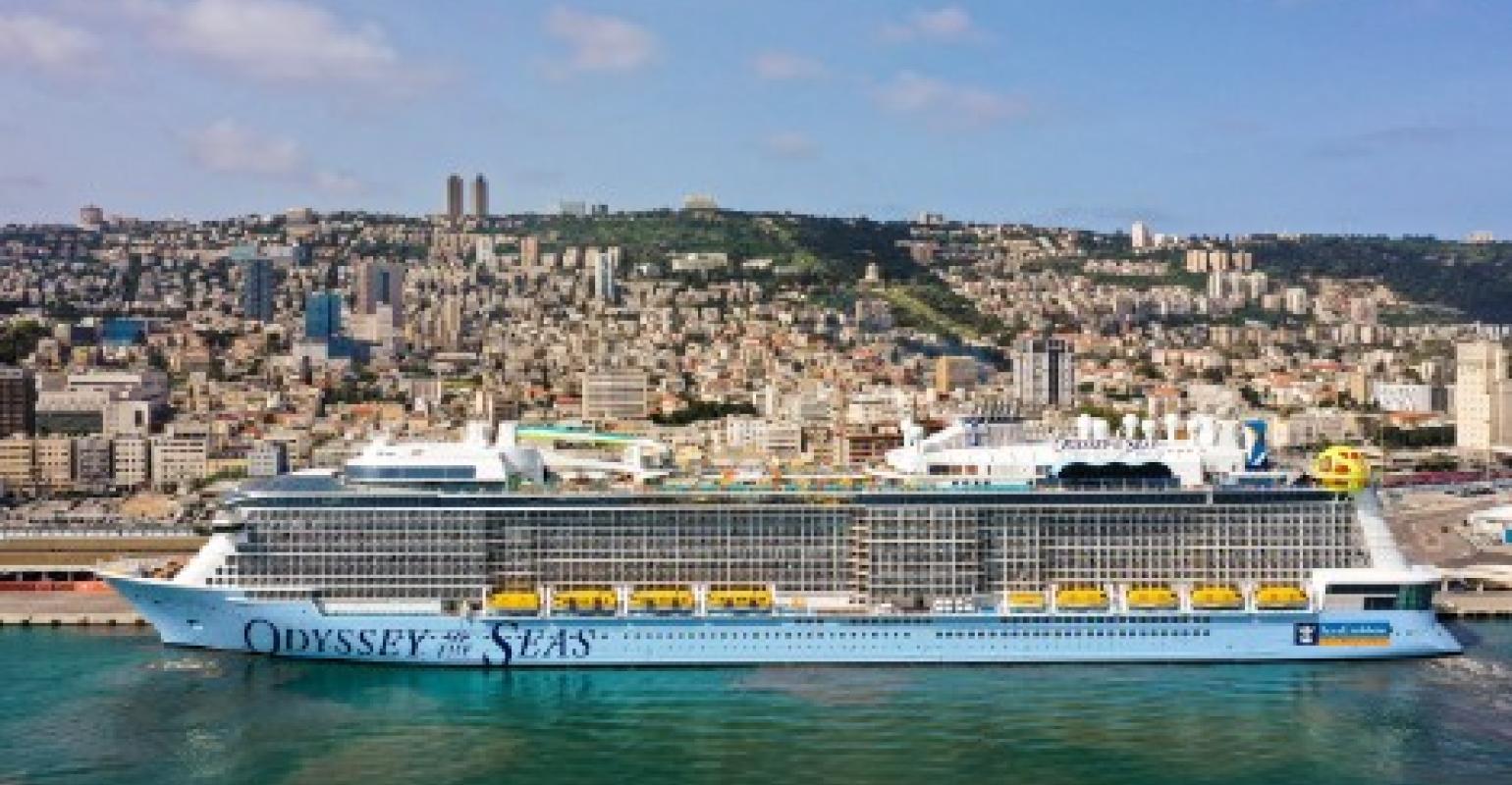 Odyssey is pictured following its arrival in Haifa last month
As airstrikes escalate between Israel and Hamas, Royal Caribbean International canceled its inaugural cruises for Odyssey of the Seas from Haifa.

Cruises for COVID-19-vaccinated travelers were to start this month.

'Due to the unrest in Israel and the region, Odyssey has not been able to complete the preparations required to operate from Haifa, Israel, as planned. Given this and the uncertainty of when things will return to normal, the industry’s newest ship will now spend its inaugural season in Florida,' Royal Caribbean said in a statement.

The company said its change of plans was driven by the safety and well-being of guests, crew and the surrounding communities. Details on Odyssey’s new cruises will be announced at a future date.

This second Quantum Ultra ship, delivered March 31, had been scheduled begin its inaugural North American season in November, offering six- to eight-night itineraries from Port Everglades to destinations including Perfect Day at CocoCay, Curaçao and Aruba.

Royal Caribbean said it will continue to closely monitor the changing situation in Israel and remains hopeful to return with its ships in the future. Travel partners and passengers on the affected sailings are being notified and getting information to confirm the refund process.

This would have been Royal Caribbean's second ship to return to service, following Quantum of the Seas' resumption from Singapore in December. As earlier reported here, a coronavirus spike in Singapore is temporarily reducing Quantum's capacity to 25% and impacting on-board services.

A number of other cruise lines with ships starting to sail this spring and summer have stops scheduled in Israel. For example, Silversea Cruises' new Silver Moon has Haifa on its inaugural season itineraries starting in mid-June, while Celebrity Cruises' new Celebrity Apex has Haifa and Ashdod on a handful of inaugural season itineraries starting in late July. Holland America Line's August comeback with Eurodam also has Haifa, just on one cruise so far.