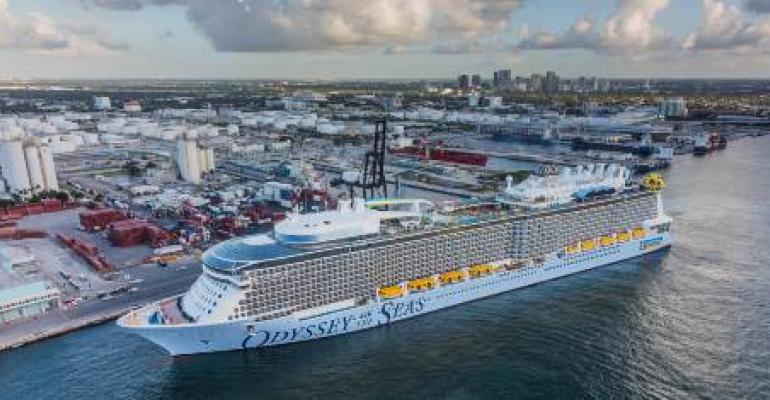 Odyssey of the Seas' first cruise from Port Everglades was postponed from July 3 to July 31. A simulated sailing will take place before revenue service resumes
Royal Caribbean International delayed Odyssey of the Seas' return to service after eight crew tested positive for COVID-19.

The first cruise from Port Everglades is now planned for July 31 instead of July 3.

Odyssey of the Seas arrived in the US on June 4 when all 1,400 crew were vaccinated. They will be considered fully vaccinated June 18. The positive cases were identified in routine testing after the vaccines were administered but before they were fully effective.

The eight crew members, six of whom are asymptomatic and two with mild symptoms, were immediately quarantined and are being closely monitored by the shipboard medical team, a Royal Caribbean spokesperson said.

14-day quarantine for all crew

'To protect the remaining crew and prevent any further cases, we will have all crew quarantined for 14 days and continue with our routine testing,' she added.

Test cruise to be rescheduled

The simulation cruise planned for late June will also be rescheduled.

Royal Caribbean said passengers and travel partners are being contacted with several options to consider.