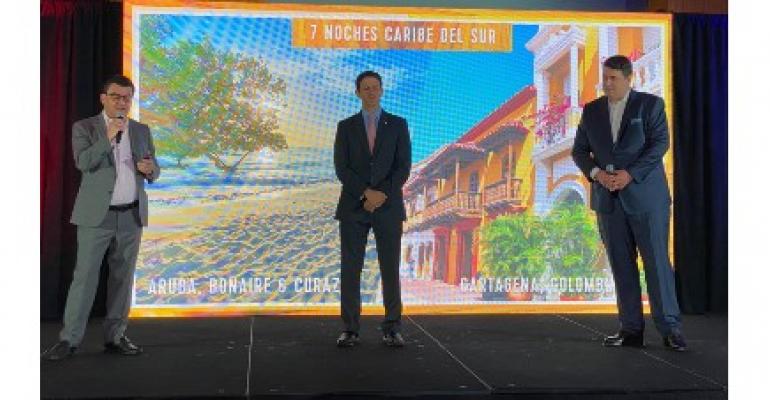 Royal Caribbean International will resume Latin America homeporting after a nine-year absence with departures from Panama and Colombia.

Sailings on Rhapsody of the Seas are scheduled from Colón, Panama City and Cartagena in late 2023 and early 2024.

No US visa needed

'Latin America has a diversity of ports to create the best experiences for the whole family. With the incorporation of Rhapsody of the Seas to the Latin American market, we will have a product that will not require a US visa, offering a season with a variety of itineraries, including the Panama Canal,' said Sean Treacy, SVP international, Royal Caribbean International.

Rhapsody of the Seas' program will begin in December 2023 with seven-night cruises in the Caribbean and Latin America, including the Panama Canal.

The season will be divided into two phases: first, round-trips from Colón, with select departures from Cartagena, calling at Aruba, Bonaire and Curaçao.

Then, starting in February 2024, the ship will sail between Colón and the new Panama Ciity terminal at Amador with calls in Costa Rica at Puntarenas and a new port for the company, Quepos.

'We are excited by the announcement of the new operations of Royal Caribbean with a base port in Panama, taking advantage of the the only country with cruise ports in the Pacific and the Caribbean and the Panama Canal that connects both,' Eskildsen said.

'Since 2006, Royal Caribbean has been a key partner to our cruise industry and we celebrate the fact that they continue to place a vote of confidence in Colombia, the most welcoming country in the world,' Santoro said.

Bookings will open in late March.