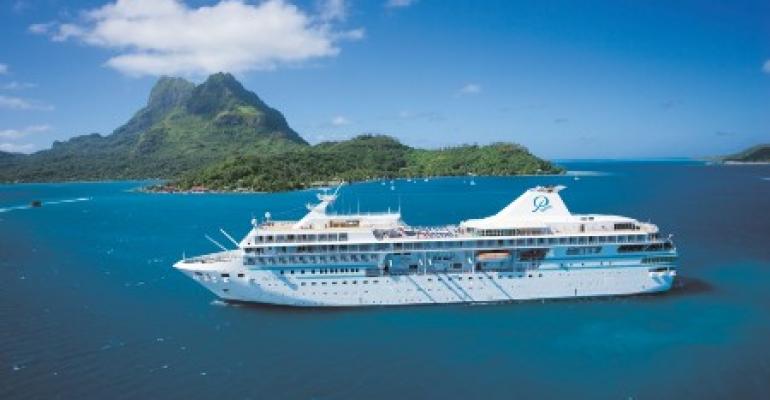 The 330-passenger Paul Gauguin operates year-round in French Polynesia
Here's a quick read of some of today’s coronavirus-recovery cruise news. This is being updated throughout the day.

Single authority to evaluate requests for calls in French Polynesia

The COVID-19 lockdown has led Tahiti to take stock of the impact cruise ships have on the environment and infrastructure of French Polynesia.

A single authority will handle all requests from cruise lines to call at its islands.

A strategy to come into effect January 1, 2022, approves year-round turnarounds for small to medium-sized ships carrying up to 700 passengers.

Trans-Pacific turnaround ships calling at Papeete may carry up to 2,500 passengers — the capacity of the future new cruise terminal.

Stopovers by trans-Pacific ships calling at French Polynesia will be limited to a capacity of 3,500 passengers because larger ships put stress on maritime infrastructure and transport, as well as the environment. Tahiti, Moorea and Raiatea will be the preferred destinations for these ships.

Ships carrying more than 3,500 passengers will be refused entry as they are deemed ‘not suitable’ for the destination.

The Islands of Tahiti will be exhibiting at Seatrade Cruise Global next week, Booth 901.

P&O Cruises Australia and Princess Cruises have cancelled their Australian operations until mid-January.

They had previously extended their pause in Australia and New Zealand until mid-December.

Princess has extended its pause until January 27, cancelling Coral Princess voyages through to January 17 and the Royal Princess and Sapphire Princess seasons through to March.

‘It became apparent we would not be able to deliver planned deployment of Royal Princess and Sapphire Princess in Australia before they were due to start their published northern hemisphere voyages,’ Chief Commercial Officer Deanna Austin said. ‘We wanted to give guests as much notice as possible so they could plan their holidays with certainty.’

The company confirmed its Melbourne summer season has been cancelled by the latest extension.

‘We recognise this is disappointing for our guests who were looking forward to cruising with friends and family over Christmas and New Year, however we wanted to make this announcement as early as possible to ensure they could plan with certainty for the holiday period,’ President Sture Myrmell said.