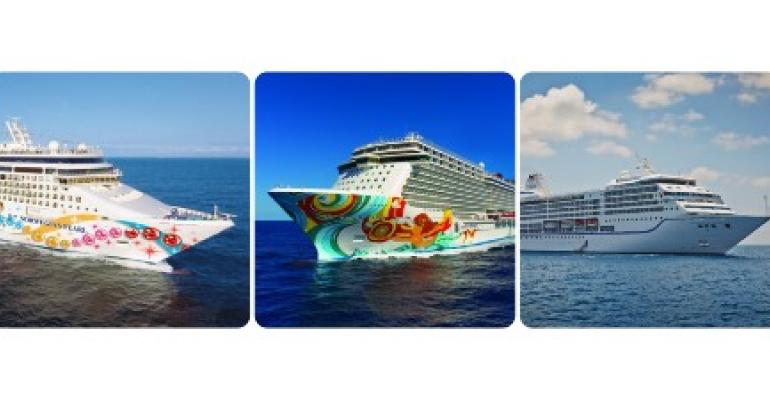 The changes are voluntary. All three ships are among the 94 currently designated 'yellow' in the US Centers for Disease Control and Prevention's color-coded status, which means an investigation is triggered. A vessel may be determined to be 'yellow' if a threshold of 0.1% or more passengers have tested positive in the last seven days, or if even just one crew member tests positive.

Norwegian Pearl, which embarked Monday at PortMiami on an 11-night Panama Canal cruise to Panama City, is turning around and due to arrive back in Miami Thursday. The ship has not called at any other ports. The rest of the voyage is canceled.

And Norwegian Getaway, whose current cruise is due to end at Miami Wednesday as scheduled, will be sitting out its next sailing, a nine-night voyage to Curaçao, Aruba and the Dominican Republic. NCL today informed customers and travel partners of the 'difficult decision to cancel ...  due to COVID-related circumstances.' A full refund will be given (or, if paid with a future cruise credit, that will be automatically reapplied to the customer's account). In addition, NCL is offering several special discounts for new bookings.

Jan. 14 is the next scheduled departure date for both ships.

As for Regent's world cruise, Seven Seas Mariner passengers were notified today that the world cruise embarking Jan. 5 from San Francisco would be altered.

Regent is in the process of securing four new itinerary segments, all departing from Miami following the initial 18-night Panama Canal voyage from San Francisco to Miami.

Regent provided a detailed draft of each segment for passengers' consideration and noted each is subject to change.

Seatrade Cruise News reached out to NCL and to Regent for additional information and clarification after-hours on Tuesday so it may be Wednesday before the lines are able to respond.