Viking adds a third cruise ship and itinerary from Malta 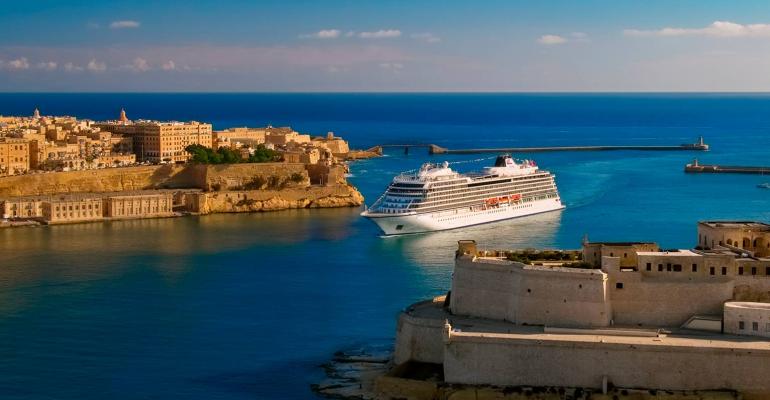 Viking Star will join Viking Venus, pictured here at Valletta's Grand Harbour, and Viking Sea in sailing from Malta this summer
Viking expanded its Mediterranean presence this summer by adding a third ship for round-trip cruises from Malta.

This gives travelers fully vaccinated against COVID-19 three options for sailing the Mediterranean with Viking between July and early October.

Passengers on the newly added Viking Star itinerary will overnight in Valletta then sail to Sicily, Italy and Spain, calling at Messina, Naples, Civitavecchia (Rome), Livorno (Florence/Pisa), Genoa and Barcelona, before returning to Valletta.

'Once again we thank the government of Malta for being such a supportive destination partner as we begin welcoming guests back on board for ocean voyages,' Viking Chairman Torstein Hagen said. 'Malta’s central position in the Mediterranean, as well as its historic sites and many cultural experiences, make it is an ideal destination for travelers who want to explore the Mediterranean from the comfort of a Viking vessel.'

Pleased with the response

Hagen added that Viking is pleased with the response it's had to the Malta cruises that were announced May 6.

Viking just began cruises from England on Saturday aboard the newly named Viking Venus, and it has announced Iceland and Bermuda sailings as well as the restart of European river operations beginning in July.