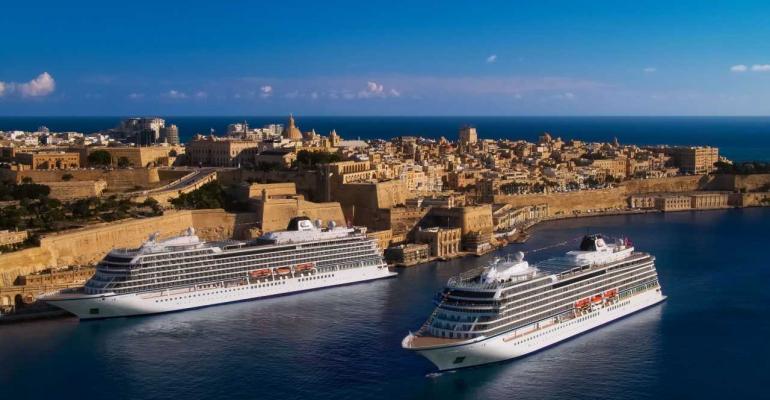 Viking Venus and Viking Sea will sail two different itineraries from Malta, both beginning with an overnight at Valletta

Viking plans to restart operations in the Mediterranean with new ocean voyages for vaccinated travelers on Viking Venus and Viking Sea from Valletta, Malta.

Plus, Viking added more summer sailing dates for its voyages around Iceland and Bermuda.

Passengers on this new itinerary will overnight at Valletta then sail to Montenegro and Croatia, calling at Kotor, Dubrovnik, Split, Zadar and Šibenik, before returning to the Maltese archipelago, with a stop at Gozo and finally back to Valletta.

This itinerary also begins with an overnight in Valletta before sailing to Greece, calling at Kalamata, Piraeus, Santorini, Rhodes and Souda Bay, before returning to Valletta.

Viking Venus and Viking Sea will sail these routes between July and early October. Just delivered in April, Viking Venus is scheduled to be named in England on May 17 by godmother Anne Diamond, the iconic British broadcaster.

'Malta is a fantastic destination, with ancient history, rich culture and a central location in the Mediterranean,' Viking Chairman Torstein Hagen said. 'We began calling in Malta in 2016 and look forward to welcoming guests back to some of the most historically significant and naturally beautiful areas of the Med — in both the Maltese archipelago, as well as along the Croatian coast and around Greek islands this summer.'

Today’s news follows Viking’s recent announcements of voyages in England, Iceland and Bermuda, beginning this month. The company is actively working on developing additional itineraries in a variety of other destinations, with the goal of announcing further 2021 sailings as soon as government approvals are given.