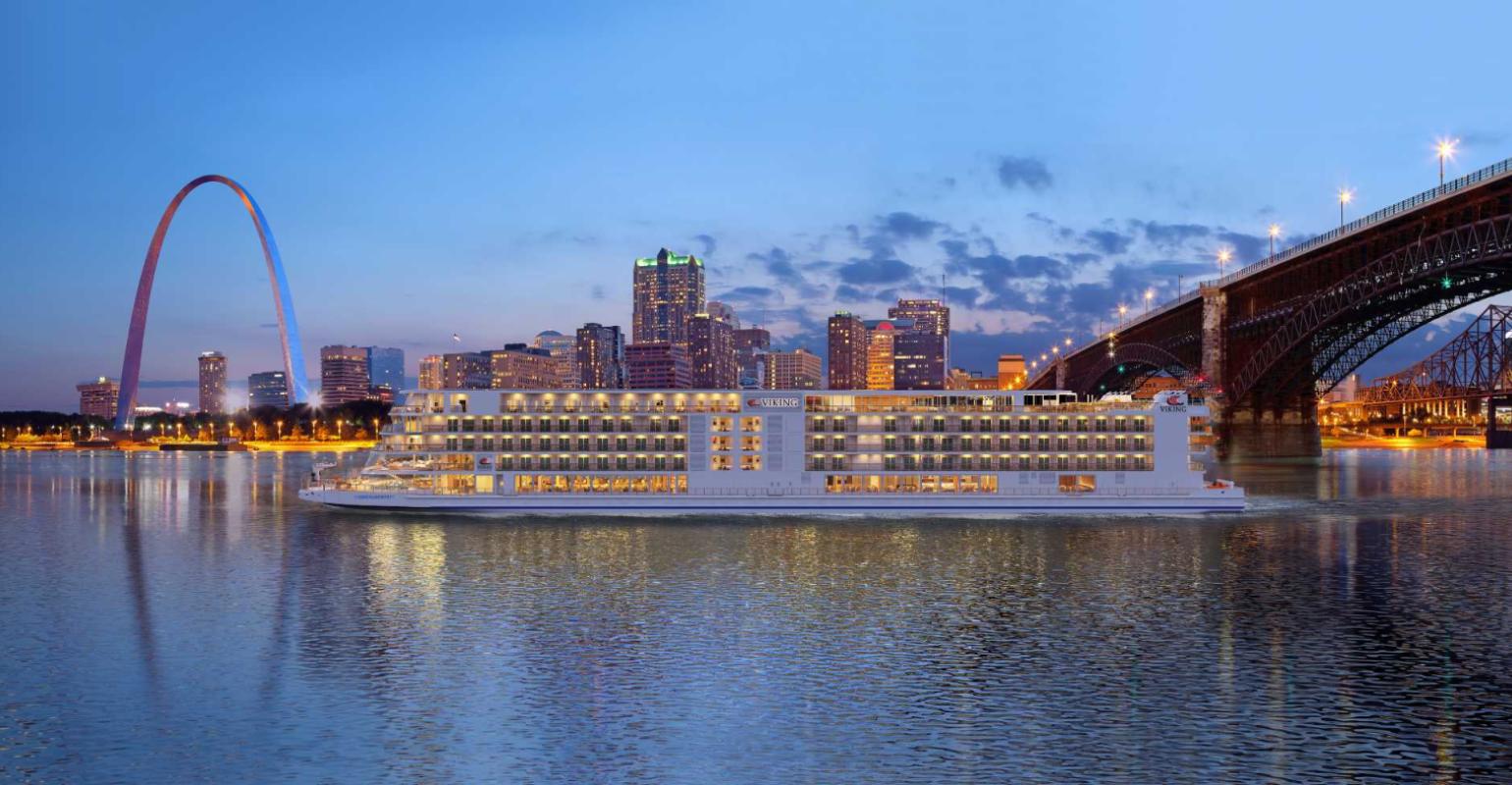 The 386-passenger Viking Mississippi is depicted in St. Louis, one of its homeports
Viking opened sales for its 2024 Mississippi River cruises, citing strong demand.

The company’s first US river vessel, the 386-passenger Viking Mississippi, is scheduled to debut in August 2022 and will sail on the Lower and Upper Mississippi, between New Orleans and St. Paul, Minnesota.

Several cruises sold out through 2023

Several departures have already sold out through the 2023 season, leading Viking to open 2024 dates sooner than planned.

'We are pleased with the continued response and support we have received from loyal guests and valued partners ahead of our new Mississippi River sailings,' Viking Chairman Torstein Hagen said.  'As we begin to restart ocean operations this spring, we also look forward to a new chapter in 2022 when we begin sailing our first US river voyages.'

Itineraries of eight or 15 days

Itineraries include 'America’s Great River, 15 days between New Orleans and St. Paul, with multiple sailing dates now available in June, July, September and October 2023 and 2024. Fares start at $10,999 per person with discounted airfare.

'America’s Heartland, eight days between St. Louis and St. Paul, is now available on multiple dates August to September 2023 and 2024. Pricing starts at $4,399 per person with discounted airfare.

'Heart of the Delta,' eight days betweeen New Orleans and Memphis, is offered on dates in November 2022 with additional dates open from January to June and October to December 2023 and 2024. Pricing starts at $4,399 per person with discounted airfare.

And there are multiple departures of 'New Orleans & Southern Charm,' eight days, round-trip New Orleans, in November/December 2022 and January/December 2023 and 2024. Fares begin at $3,999 per person with discounted air.

'Mississippi Holiday Season,' eight days between Memphis and New Orleans, is offered on multiple dates in December 2022 with pricing from $3,999 per person with discounted air.