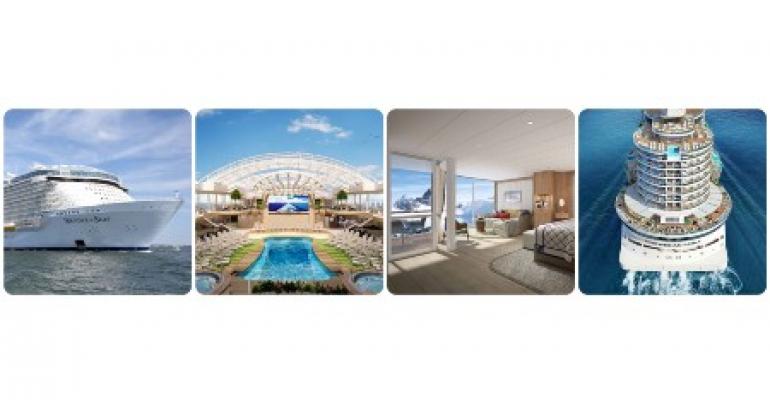 This is according to Seatrade's updated orderbook.

The ships will sail for a wide array of brands — 20 — including new brands Style Cruise, The Ritz-Carlton Yacht Collection and Emerald Cruises, part of the Scenic Group. Four lines are getting multiple vessels — Viking will be adding three, while MSC Cruises, Swan Hellenic and Atlas Ocean Voyages are welcoming two each.

Dream Cruises' Global Dream, the biggest ship ever built in Germany, promises accommodations configured for families and an amusement park with a roller-coaster, while China start-up Style Cruise is fashioning an upscale, Chinese-built ship for the home market.

The super-yachts are the long-anticipated Evrima for The Ritz-Carlton Yacht Collection and Azzurra, the first oceangoing vessel for Emerald Cruises.

Wonder of the Seas makes Royal Caribbean International's fifth Oasis-class ship (and adds an eighth neighborhood, Suite Neighborhood), while Celebrity Beyond is bigger than the two earlier Edge-class ships (20 meters longer and one deck higher, with 179 additional accommodations) and has some different/reconfigured public spaces.

In the expedition sector, SunStone Ships will be taking on its fourth and fifth Infinity-class vessels (Sylvia Earle for charter to Aurora Expeditions and Ocean Odyssey for Vantage Travel). Atlas Ocean Voyages will be getting two sisters for World Navigator (World Traveller and World Seeker are actually Nos. 4 and 5 in parent company Mystic Cruises' expedition series). Viking Polaris follows the recently delivered Viking Octantis, and Swan Hellenic's SH Vega and Vega 3 follow SH Minerva (Vega 3 will be a tad larger and Polar Class 6 instead of 5). Oceanwide Expeditions' Janssonius is the sister of Hondius.

In lower-berth capacity, the ships range from the intimate Emerald Azzurra (100 berths) to the behemoth Wonder of the Seas (5,497). If full occupancy is taken into account, Global Dream, with 4,700 lower berths, was announced to have total capacity for up to 9,500 passengers, more than any other cruise ship.

A wide range of builders are turning out the vessels. Fincantieri's various Italian yards are producing six of them, with Fincantieri-owned Vard facilities in Norway and Vietnam producing an additional two. Chantiers de l'Atlantique and China Merchants Heavy Industry are each building three. The Meyer Group is building two (one each at Meyer Werft and at Finland's Meyer Turku), as is Helsinki Shipyard and Portugal's WestSea Viana. One ship each is coming from Germany's MV Werften, Italy's T. Mariotti, Croatia's Brodosplit and Spain's HJ Barreras (with finishing at Astander).

For a peek inside the year’s new ships highlighting some of their novel features, see the 'Class of 2022' feature in the December (digital) issue of Seatrade Cruise Review, available for download. That includes AIDAcosma, delivered in the last days of 2021 instead of in early 2022.