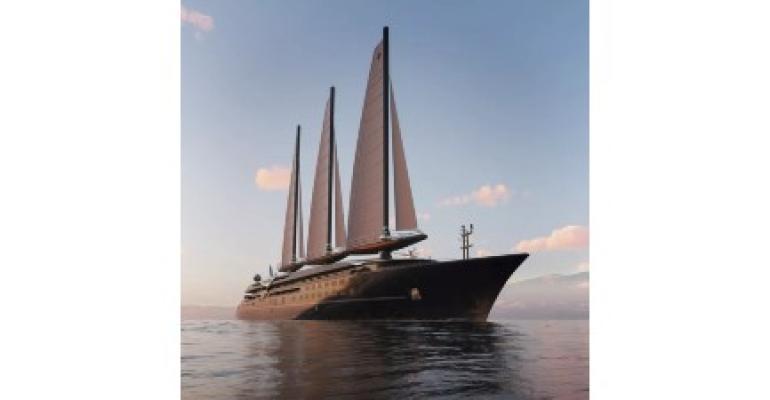 The company signed a letter of intent for two vessels at Chantiers de l'Atlantique for delivery in early 2026 and early 2027.

It's not clear whether this is a licensing agreement or if Accor has a ship-operating partner.

The 54 suites will average 70 square meters/230 square feet with a 1,415-square-meter/4,642-square-foot Presidential Suite including a 530-square-meter/1,739-square-foot terrace. There will be two restaurants, an amphitheater-cabaret, a bar and two swimming pools, including a lap pool.

On Wednesday, Sébastien Bazin, CEO of AccorHotels, told Bloomberg the Orient Express Silenseas will be more luxurious than The Ritz-Carlton Yacht Collection's Evrima and command double the rates.

'We're not surprised to see others come into the space. We knew there would be other entrants from within ultra-luxury travel and it looks like a unique offering,' Douglas Prothero, CEO of The Ritz-Carlton Yacht Collection, told Seatrade Cruise News.

Orient Express, he added, has a 'very established reputation as an ultra-luxury brand. I'm sure they have their own customers in mind.'

Chantiers de l'Atlantique developed the Silenseas design, an innovative sailing technology which it unveiled at Seatrade Cruise Global in 2018.

This consists of three SolidSail rigs, a 'revolutionary 1,500-square-meter unit wind propulsion system, for which we have developed and tested a first prototype, will contribute significantly to the propulsion of the ship,' said Laurent Castaing, GM, Chantiers de l'Atlantique. 'Combined with a hybrid propulsion system running on liquefied natural gas. Silenseas will thus become the ship of reference in terms of environmentally-friendly operation and design.' 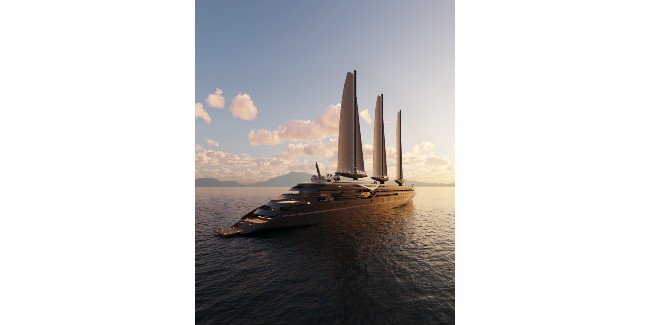 The SolidSails are made of sturdy and durable composite materials while the Aeol Drive rigging has a balestron that's able to rotate 360 degrees.

'It's like Windstar 3.0 with a Sea Goddess touch,' said Dietmar Wertanzl, a luxury cruise veteran senior executive who's a hotelier by trade and currently president and CEO of CMI Leisure.

'Having a very sustainable model is great for the whole cruise industry. This is ultra-luxury plus,' he added. 'It's only 54 suites, averaging 70 square meters.' That means Orient Express will have to get very high fares.

Wertanzl said Ritz-Carlton broke the barrier for hotels to get into cruising and, along with Four Seasons, he views Orient Express as a 'perfect' additional brand to do so.

'With the train already, and the history, it's a great fit,' he said. 'People will stay in an Orient Express hotel, go on the train and then on the yacht — what a beautiful journey.'

Larry Pimentel, CEO and president of Marc-Henry Cruise Holdings, the operating partner of Four Seasons Yachts, isn't concerned about any overlap with the Four Seasons concept.

'Quality deserves to exist and, from a capacity standpoint, this end of the market is very limited. It's like when Disney got into cruising. All it did was validate it,' Pimentel said.

Interpretations of a great idea

He drew a further comparison with Tesla setting the standard for electric cars and other players coming in with their own interpretations of a great idea: 'I believe a lot of people will look at the Four Seasons Yachts project, and it will be intrepreted by a lot of players.

'Orient Express, like all great brands, has meaning,' he continued. 'It's instantly recognizable. In this case, the image that comes to mind is trains. But they are an artisan of travel, and great brands are always evolving so this is management's opportunity to show how this translates to the seas.'

By the time Orient Express Silenseas comes out in 2026, the 690-foot, 190-passenger Four Seasons Yacht — due from Fincantieri's Ancona yard in late 2025 — will already be operating, with a second on the way.

And Ritz-Carlton's next-generation pair, Ilma and Luminara, are due from Chantiers de l'Atlantique in 2024 and 2025. The 298-passenger Evrima stretches 623 feet. The 456-passenger Ilma and Luminara measure 794 feet, and they're LNG-powered.

'We will have a lot of eyes on our product,' Pimentel said. It will be operated by Four Seasons Hotels, while Marc-Henry Cruise Holdings will run the marine and technical aspects.

Pimentel is certain there will be more brand extensions. 'In some cases, the extension may be too far from the brand,' he said.

'It will depend on whether the brand has seasoned people who know how to build ships and operate them. You can't assume that because you can run a hotel, you can run ships — they're two different animals.'

Accor already has a cruise connection, of sorts, by adding the former ocean liner QE2, now a floating hotel in Dubai, to its MGallery Hotel Collection.

In 2021, Aman Resorts announced plans for a 600-foot yacht to debut in 2025 in a joint venture with Cruise Saudi, but further details have not come out.

'Other boutique brands could build, too,' Wertanzl said. 'It's a great opportunity. These brands are finally recognizing there's space on the ocean.

'It seems like an ultra-luxury yachting and lifestyle segment is really being established in the cruise industry.'

See also 'From land to sea: Hotel brands take to cruising' in the December 2022 issue of Seatrade Cruise Review