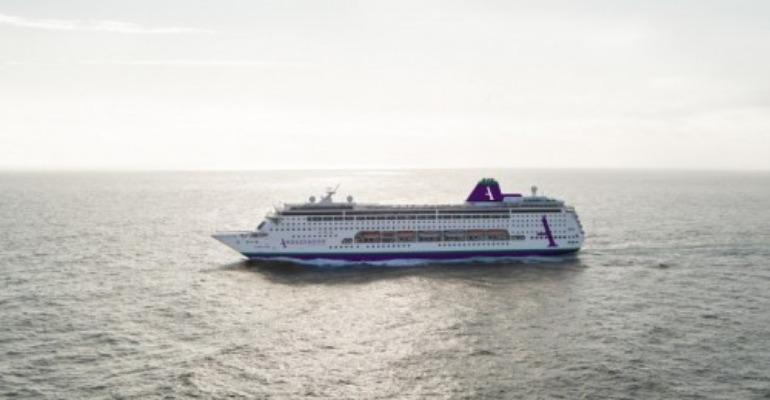 At Bremerhaven, Ambition will be given new livery and Ambassador branding

Ambassador Cruise Line’s second ship Ambition will go into drydock at Lloyd Werft, Bremerhaven in April - a month before the ship begins its inaugural voyage.

The identity of Ambition’s godmother was revealed on Wednesday as British sailor and double Olympic gold medallist Shirley Robertson OBE.

According to the cruise line, the decision was made following a competitive pitch process that saw  the shipyard deliver a comprehensive tender offer. ‘A track record that demonstrates their commitment to delivering projects to a high standard was key to our decision,’ Ambassador added.

Ambition heads to Germany from Glasgow on April 1, where environmental upgrades will be made to make the vessel IMO Tier III compliant and in the top 10-15% of environmentally sustainable ships worldwide. As a result, the ship will be able to operate in some of the world’s most protected waters.

At Bremerhaven, the ship will be given new livery and Ambassador branding, as well as undergo venue improvements and furnishing upgrades.

The naming ceremony, attended by Robertson, will take place in Newcastle on May 11 ahead of Ambition’s inaugural 14-night ‘Hidden Gems of France and Spain’ sailing that leaves from the Port of Tyne the following day.