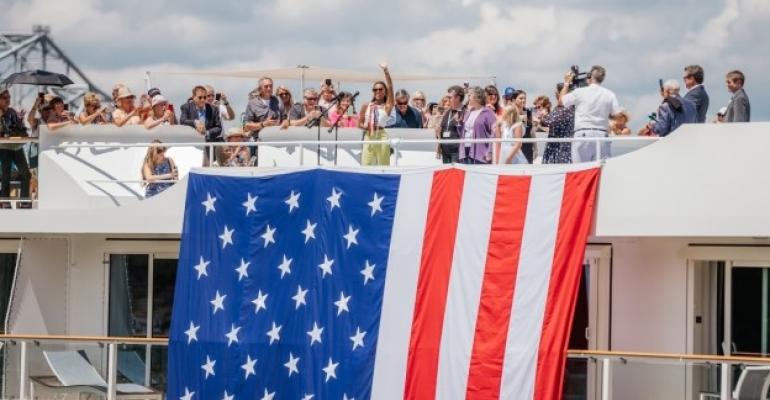 The christening marked the delivery of the line's fifth new riverboat in four years and its continued growth on the Mississippi River.

American Cruise Lines and the City of Natchez hosted a joint celebration for the naming, as well as inviting the communities of Natchez and Vidalia to be a part of the official events.

Immediately following the celebration at the Convention Center, both cruise guests and the Natchez community joined American Cruise Lines at the Ferry Street Landing for the christening ceremony.

'American Cruise Lines led the last decade of river cruising on the Mississippi and, with new boats like American Symphony, will lead the next one. Natchez, Vidalia and all the towns along the way make the Mississippi the best cruising river in the world. We are so grateful for all the community involvement in tourism on the river and we are honored to make Natchez the godmother city of American Symphony,' said Robertson.

The interior design employs a stunning use of glass, allowing for unparalleled views throughout the ship.

American Symphony also showcases American’s Modern Series hallmark—patented opening bow and retractable gangway, as well as the 5th deck skywalk with an ellipse skylight, which cantilevers dramatically over the 4th deck café below. American Symphony also offers spacious lounges inside and out, a grand dining room, fitness center, and a wellness-yoga studio.

The new riverboat will explore the Mississippi throughout 2022, including festive holiday cruises in December, and sail a full season again in 2023.