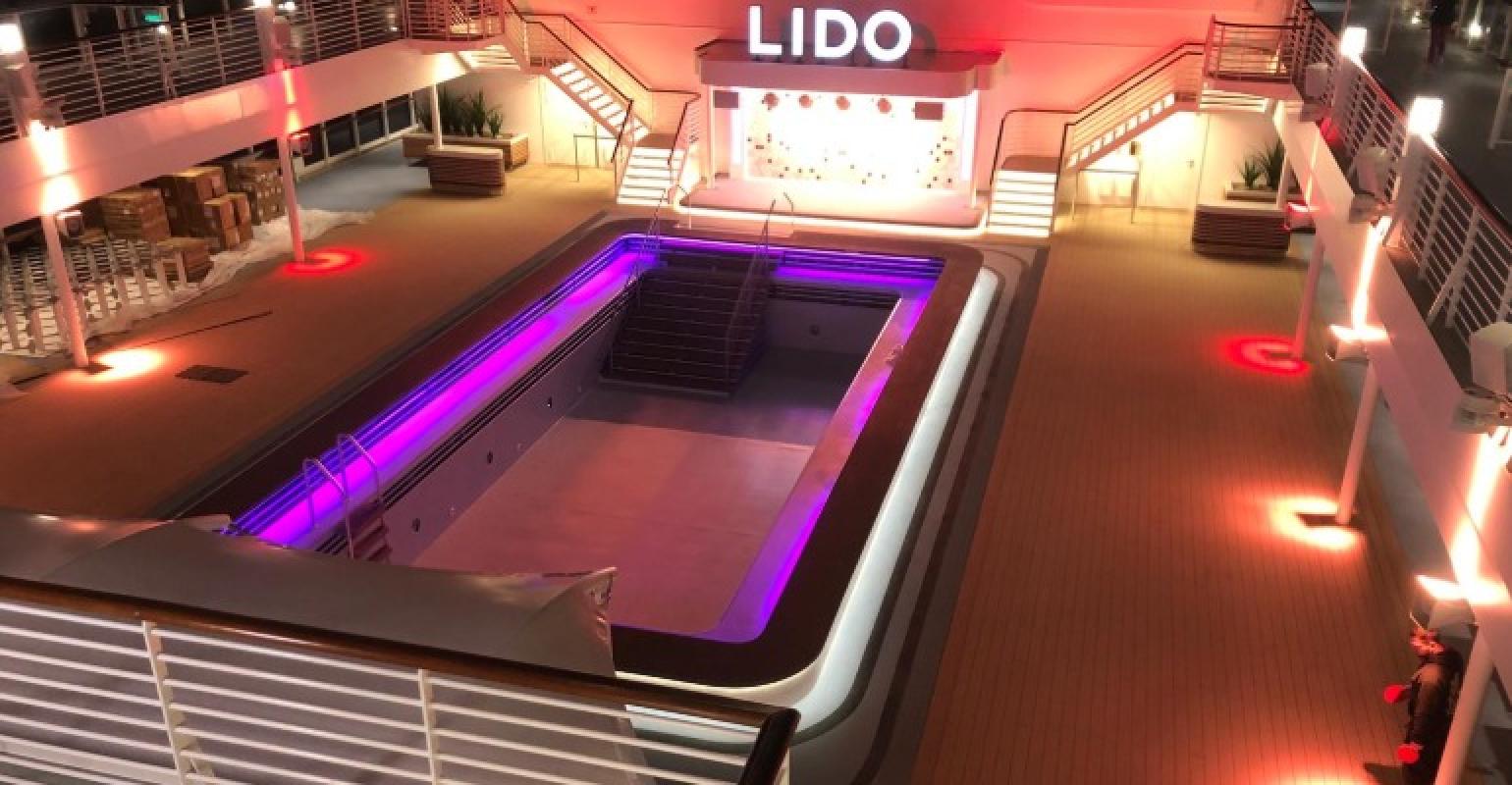 On its lido deck, Saga's Spirit of Adventure features Bolideck Future Teak
Demand is on the rise for renewal and construction projects, Bolidt said, following the US Centers for Disease Control and Prevention's framework for a phased resumption of cruising, with some lines anticipating trial sailings in December.

‘Ever since the cruise lines began preparing for a new chapter, our expertise has remained in high demand: operators in various segments of the sector and from around the world have continued to discuss projects with us, and we are working hard to support their ambitions’, commented Jacco van Overbeek, director maritime, Bolidt.

The majority of ongoing contracts, according to van Overbeek, relate to expedition, luxury and river cruise newbuilds.

Work on SunStone Ships’ expedition vessel, Ocean Odyssey, is soon to be underway. ‘In the expedition segment, we have completed the first of two orders for Lindblad Expeditions, supplying the sustainable Bolideck Future Teak for all outdoor decks,' continued van Overbeek.

He added that Bolideck Future Teak will also feature on a series of luxury polar expedition ships from Portuguese-based company Mystic Cruises. ‘We supplied 2019’s World Explorer and will deliver the same system to its four sister ships, the first of which has just been delivered and the second scheduled for completion early next year.’

Bolidt supplied Saga's recently completed Spirit of Adventure with Bolideck Future Teak, Select Hard and Select Soft. Featuring the product, the vessel’s lido deck recently won an award for its design. Bolidt is delivering the same products to MSC Virtuosa, as well as to Royal Caribbean’s Odyssey of the Seas, currently under construction.

‘Following this, we will be working on the world’s largest cruise ship, [Royal Caribbean’s] Wonder of the Seas, which is due for delivery next year.’

A further MSC order will see Bolidt fit its new World Class series with Bolideck Select Soft Teak Effect and Future Teak; it is set to begin refit works on Norwegian Cruise Line's Breakaway and Getaway, scheduled for drydock early next year, which will follow the current refit of Norwegian Epic, with all projects taking place in Marseille.

‘We installed Bolidt solutions on a number of recently delivered vessels in Viking’s Longships and Seine fleets, and we will now provide decking for two more Viking vessels due to be constructed in Alexandria, Egypt for the Egyptian market,' Van Overbeek said.

The doors to Bolidt’s Innovation Center were open throughout the pandemic, allowing cruise owners to pay virtual visits.