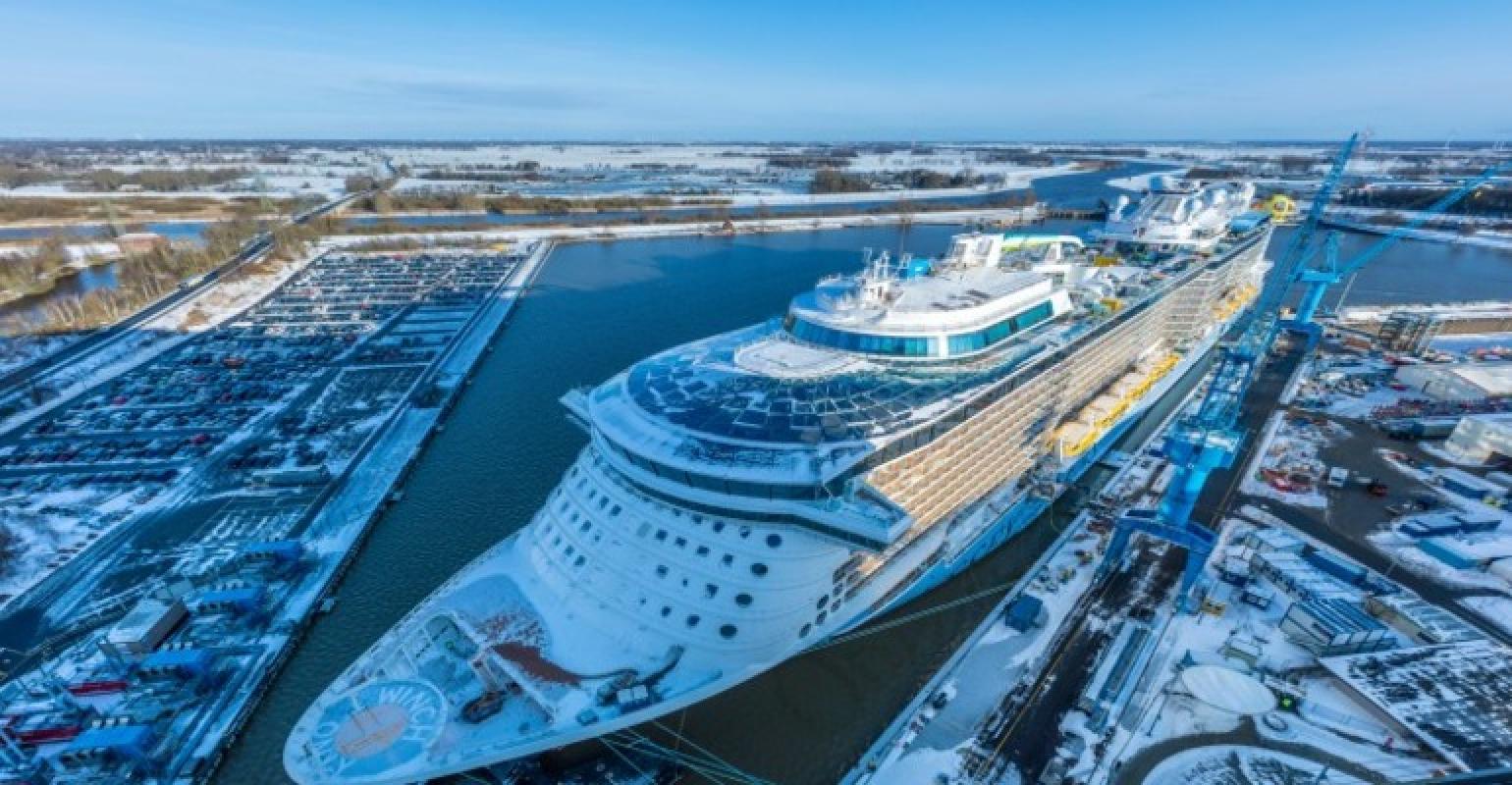 Action was taken immediately to prevent the spread of the virus, according to a spokesperson for Royal Caribbean
Royal Caribbean International has confirmed that immediate action has been taken following the identification of six employees with coronavirus at Germany's Meyer Werft, where Odyssey of the Seas has been under construction.

'The team is currently preparing the ship for sea trials,' Royal Caribbean said in a statement. 'As part of the stringent protocols put in place by the shipyard, all shipyard workers and crew members must receive a negative PCR test result before boarding. Once on board, the ship conducts daily testing. This process allowed Meyer Werft to detect any possible COVID-19 cases and take the necessary measures to contain the spread of the virus. Earlier this week, six shipyard workers were identified after a positive test and they were immediately quarantined land side. At this time, there are no positive cases on board.'

It's alleged two people initially tested positive on March 5, prompting further tests to be carried out. All those affected have since been moved ashore to isolate in a hotel.

Odyssey of the Seas, which has now been given the all-clear by the local Port Health Authority, completed its Ems River conveyance from the shipyard to the North Sea earlier this month; forthcoming sea trials are not expected to be impacted.

Crew and passenger vaccination will be mandatory for Odyssey of the Seas when it debuts from Haifa, Israel, in May.