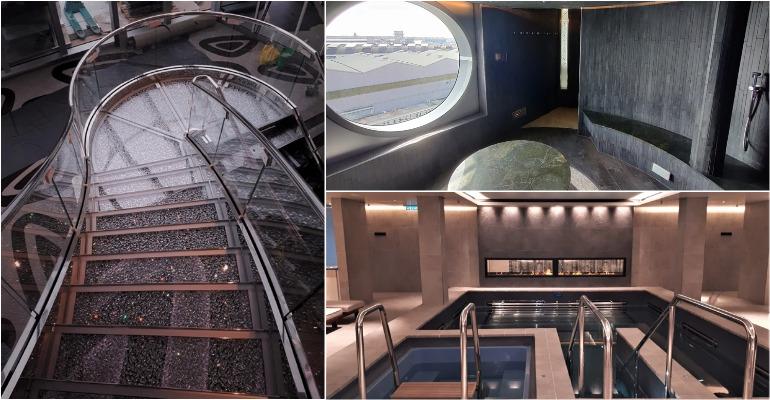 Outfitting work on Holland America Line’s Rotterdam, MSC Cruises’ MSC Seashore, Viking's Venus and Virgin Voyages’ Valiant Lady was completed by De Wave Group, which carried out work on each of the newbuilds at a cost of €70m.

‘We are proud to have played a key role in helping these four leaders in high-end cruising make a strong return to the waves,’ said De Wave Group CEO Riccardo Pompili. ‘Their trust and class-leading creativity have once again enabled us to showcase our diverse, industry-leading skills.

‘We look forward to telling the world about the exciting projects we are currently working on as the respective ships launch in the coming months,’ he added.

The company has projects worth €26m for delivery by the end of the year.

Work was also completed on the ship’s office spaces, corridors on decks 18, 19 and 20, arcade – complete with onyx-effect light wall - its main pool on deck 20, bow jacuzzi on deck 20 and bar on deck 20.

MSC Seashore was delivered at the Fincantieri Monfalcone shipyard July 31.

Construction of the ship’s family pool, open deck, plus passenger and crew cabins and wet units was completed by De Wave.