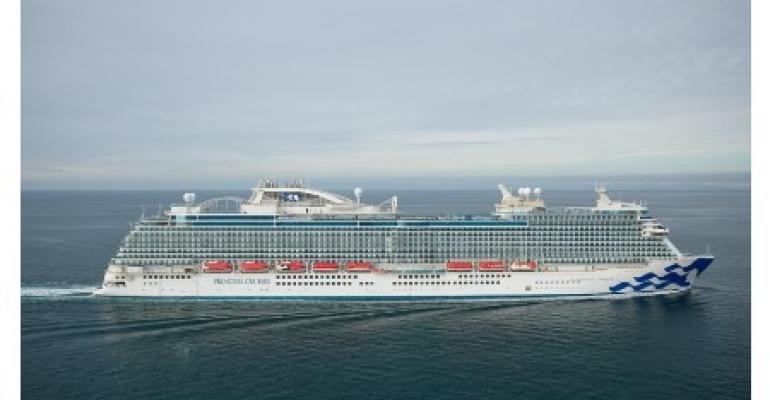 After successfully completing five days of sea trials, Discovery Princess is back at Fincantieri's Monfalcone shipyard for finishing leading up to delivery

This sixth and final Royal-class vessel for Princess Cruises was put through its paces to test steering, navigation equipment and propulsion.

Discovery Princess is scheduled to make its maiden, seven-day Mexican Riviera cruise round-trip from the Port of Los Angeles on March 27. After a series of Mexican Riviera and California coast voyages, the ship will embark on a season of weekly Alaska cruises from Seatte.

It has capacity for 3,660 passengers and features include Sky Suites with their huge balconies offering 270-degree views, The Sanctuary for quiet relaxtion and Broadway-style production shows. Like the rest of the fleet, Discovery Princess will offer the Medallion wearable device for personalized service and speedy MedallionNet Wi-Fi.