Expedition ships called the Teslas of the cruise industry 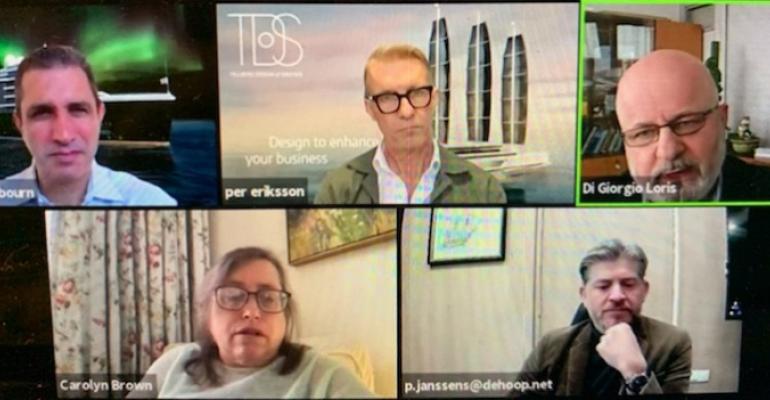 In the brave new world of expedition cruise ship design, there could be jaw-droppers like under-the-ice dining on a tethered submersible, and an LNG-powered, hybrid electric vessel is already reality this year.

Safety, extreme environmental friendliness and comfort are the hallmarks, along with features that get travelers so close to nature they feel like David Attenborough or Jacques Cousteau.

Expedition ships will be the Teslas of the cruise industry, according to Per Eriksson, a sustainable design specialist with Tillberg Design of Sweden, during Seatrade Cruise Virtual's Expedition Cruising session on 'Innovation in Expedition Ship Design' Tuesday.

'You will see a lot of technology, gadgets and toys that will allow people to get close, but without an environmental footprint,' Eriksson said. And ships will be silent, so travelers can hear the waves and not disturb the wildlife.

From a technological standpoint, they are extremely complex, according to Loris Di Giorgio, SVP sales for the Merchant Ships Division at Fincantieri, whose Vard subsidiary is producing 2021's Le Commandant-Charcot for Ponant, a unique and cutting-edge LNG/hybrid electric ship.

Expedition fleet the youngest of all

The expedition fleet, in fact, is the youngest of all, Di Giorgio noted. This is a dramatic change from just a few years ago when these vessels tended to be repurposed and aging. But new environmental and safety regulations changed all that.

'The environmental footprint of all our vessels is extremely low,' Di Giorgio said.

That is to the point of measuring the amount of light emanating from a vessel anchored offshore in the Galápagos overnight, so as to not attract mosquitoes from one island to another, detailed Patrick Janssens, CEO of Shipyard De Hoop, talking about the considerations when designing Celebrity Flora.

And it's De Hoop that's working on the tethered, under-the-ice dining concept, though the shipyard's not got a contract for that yet.

More design variety than other types of ships

It goes to show, though, the extremely wide variety of expedition designs from a wide range of yards. Di Giorgio said there is no comparison with the rest of shipping.

And Janssens noted owners are taking the 'brave move' of customizing ships for certain destinations, like the Galápagos, instead of the traditional capability for worldwide deployment.

For Seabourn, introducing its first purpose-built expedition ship, Seabourn Venture from T. Mariotti this year, the goal is 'ultimate safety and comfort,' according to Josh Leibowitz, Seabourn president. Expedition leaders were involved in design details including the size of viewing decks and where best to position high-powered cameras for livestream nature feeds.

See more wildlife than on an African safari

'You will see more wildlife and species above and below deck with our two submarines than on an African safari,' Leibowitz said.

And, by the way, those sleek, silent submarines are powered by lithium batteries.