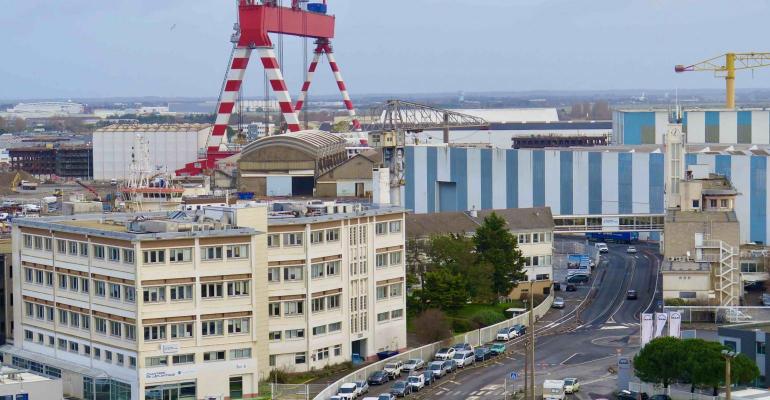 The fate of Chantiers de l'Atlantique still hangs in the balance

Set back already four times, the acquisition of Chantiers de l'Atlantique by Fincantieri, scheduled for Dec. 31, was delayed another month.

This latest delay gives more time for the EU Directorate General for Competition to reach a decision in a market hard hit by the COVID-19 pandemic.

'It was decided to extend the purchase and sale contract by one month again. It should allow the European Commission to finalize its investigation and Fincantieri to answer the Commission’s final questions,' the French Ministry said in a statement about the delay.

The EU has blocked the deal while awaiting information from Fincantieri about the acquisition's impact on the shipbuilding sector. On the Italian side, media cited a Fincantieri spokesperson who said: 'We feel that we have done all that we should and could do.'

If the European shipbuilding market is shared among Chantiers de l’Atlantique, Fincantieri and Germany's Meyer Werft, it might also see an Asian competitor arise because of the cooperation between Fincantieri and China State Shipbuilding Corp. to build cruise ships in Shanghai. This makes French trade unions and some local and national politicians fear job losses and the transfer of know-how and, possibly, sensitive technologies should Fincantieri's acquisition of Chantiers be cleared.

Chantiers de l’Atlantique employs 3,100 people and supports 5,000 French and foreign subcontractors. With 12 megaships to build, their orderbook is full. They also have a strategic part to play in the military naval sector. The hull of a nuclear-powered aircraft carrier to be launched in 2038 will be assembled in Saint-Nazaire.

Since the 2017 demise of South Korea’s STX, Chantiers' former parent, the Saint-Nazaire yard has been owned by the French state (84.3%), Naval Group (11.7%), the yard’s employees (2.4%) and local firms (1.6%). The planned deal with Fincantieri is a share purchase agreement for the acquisition of 50% of Chantiers for €59.7m plus an additional 1% borrowed from the French state.