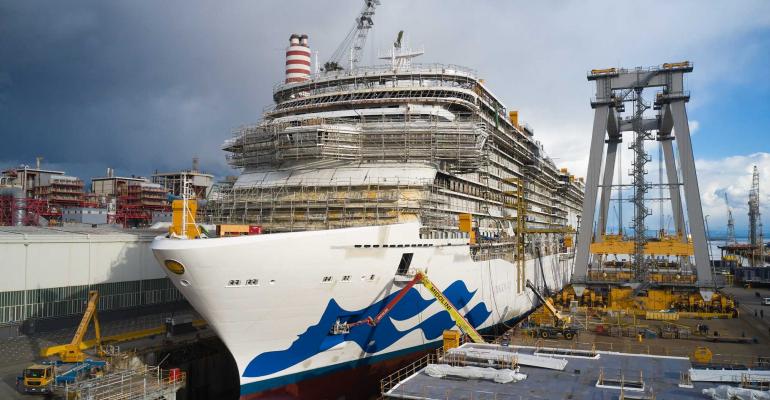 Interior fittings will now begin, leading up to delivery, scheduled next year.

The 145,000gt vessel has 3,560 lower berths and follows Enchanted Princess, Sky Princess, Majestic Princess, Regal Princess and Royal Princess. All were delivered from Monfalcone, starting with Royal in 2013.

The partnership between the Monfalcone yard and Princess will continue with two next-generation ships, the largest to be built in Italy at 175,000gt. Each will have 4,300 lower berths. They'll also be the first LNG-powered Princess ships.