Fincantieri's Ancona floats out Viking Mars, to be named by countess of Carnarvon 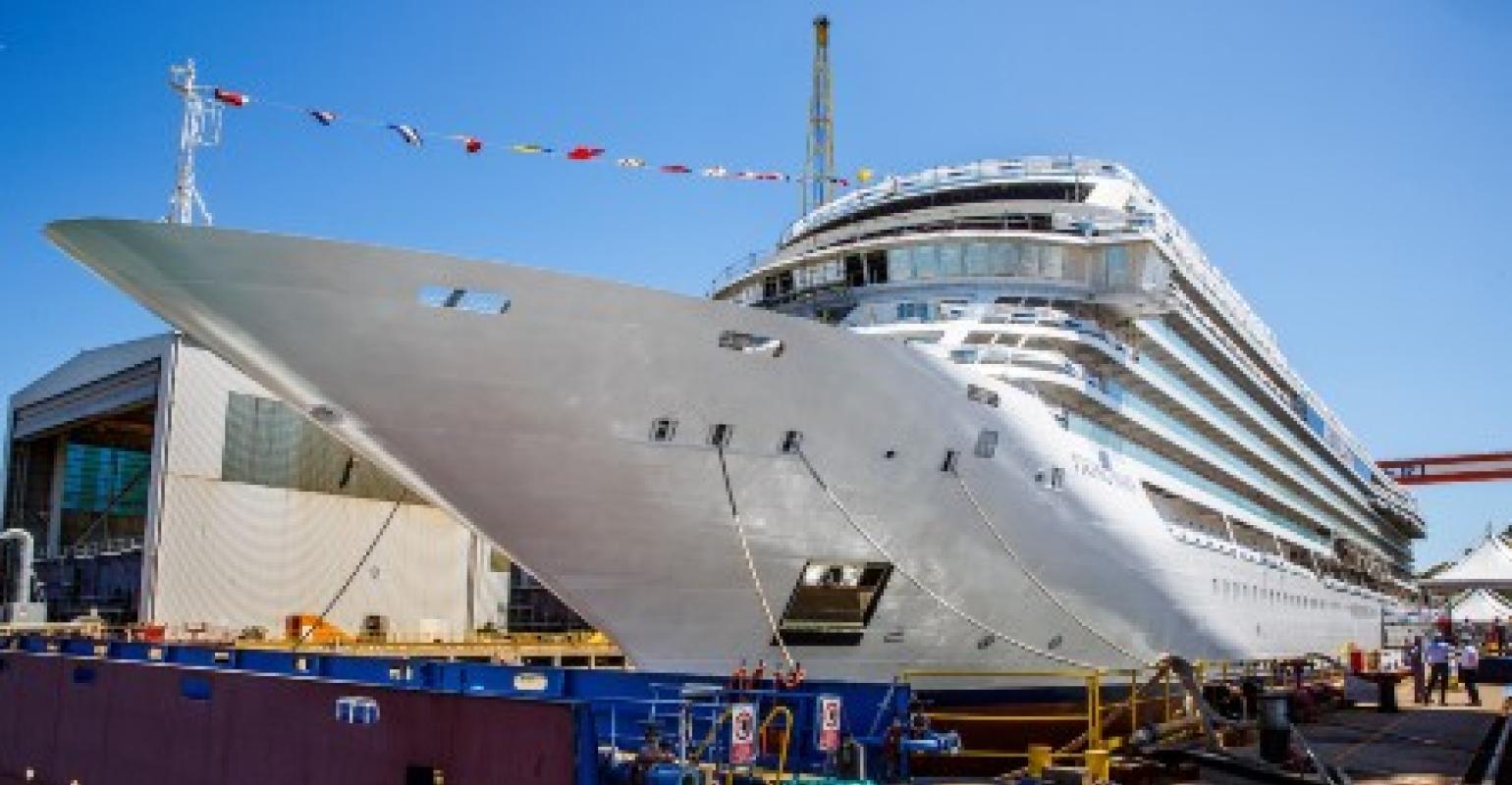 Viking Mars is scheduled for 2022 delivery
Fincantieri's Ancona yard today floated out Viking Mars, the eighth ship in a series for Viking Cruises and due for early 2022 delivery.

Viking Mars will be named by godmother Lady Fiona Carnarvon, the eighth countess of Carnarvon, and spend its maiden season sailing in the Mediterranean and Northern Europe before embarking on voyages in Asia and Australia.

Since 2013, Viking has offered travelers a variety of ways to experience life at Highclere Castle, home of the earl and countess of Carnarvon, and the filming location for 'Downton Abbey.' For more than a year, Lady Carnarvon has welcomed viewers to Highclere Castle on Viking.TV.

Viking EVP Karine Hagen called her 'the sister I never had.'

The 47,800gt Viking Mars will accommodate 930 passengers in all-veranda rooms.

The interiors, by London-based SMC Design and Los Angeles-based Rottet Studios, were inspired by modern Scandinavian design. Features include two pools, including an infinity pool at the stern, abundant options for alfresco dining, and a Scandinavian-style spa with a sauna and a snow grotto.

Fincantieri's partnership with Viking started in 2012 and expanded from an order for two ships into a total of 20 units, including two expedition vessels (Viking Octantis and Viking Polaris) from Fincantieri subsidiary Vard, plus options.

Viking Star was delivered from the Marghera yard in 2015, with Viking Sea, Viking Sky, Viking Sun, Viking Orion, Viking Jupiter and Viking Venus all handed over from the Ancona yard between 2016 and 2021.