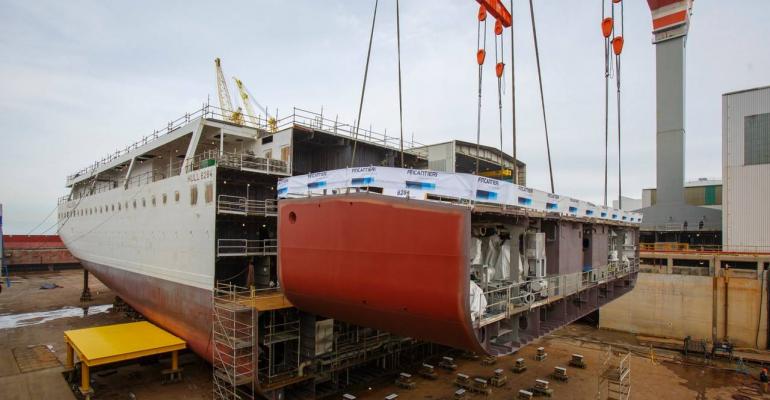 The keel for Viking Mars is lowered into place

Fincantieri has been building for Viking since 2012. The cooperation that began with an order for two ships has reached a total of 20 units, including the order awarded to Vard for two expedition cruise ships, Viking Octantis and Viking Polaris, and options.

According to Fincantieri, this is an all-time record, the largest number of units from a shipbuilder for one sole shipowner.

Viking Star was delivered by Marghera in 2015, with Viking Sea, Viking Sky, Viking Sun, Viking Orion and Viking Jupiter handed over between 2016 and 2019, all from Ancona. Ancona is also scheduled to deliver Viking Venus this year.

Another nine units, including options, are scheduled from the group’s Italian yards between 2022 and 2027.