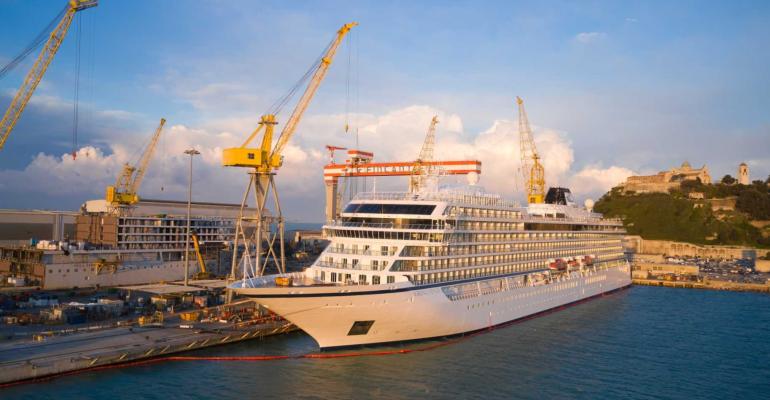 Viking Venus is the seventh in a series

Fincantieri began its partnership with Viking in 2012 with an order for two ships. This has now stretched to a total of 20 units, including the order awarded to Vard for expedition vessels Viking Octantis and Viking Polaris, and options.

This is an all-time record, Fincantieri said, the largest number of units built by a shipbuilder for one sole shipowner.

UK naming in May

Viking Venus is scheduled to be named in the UK on May 17 before embarking on a series of cruises exclusive to vaccinated UK residents. Five of these voyages are now planned.