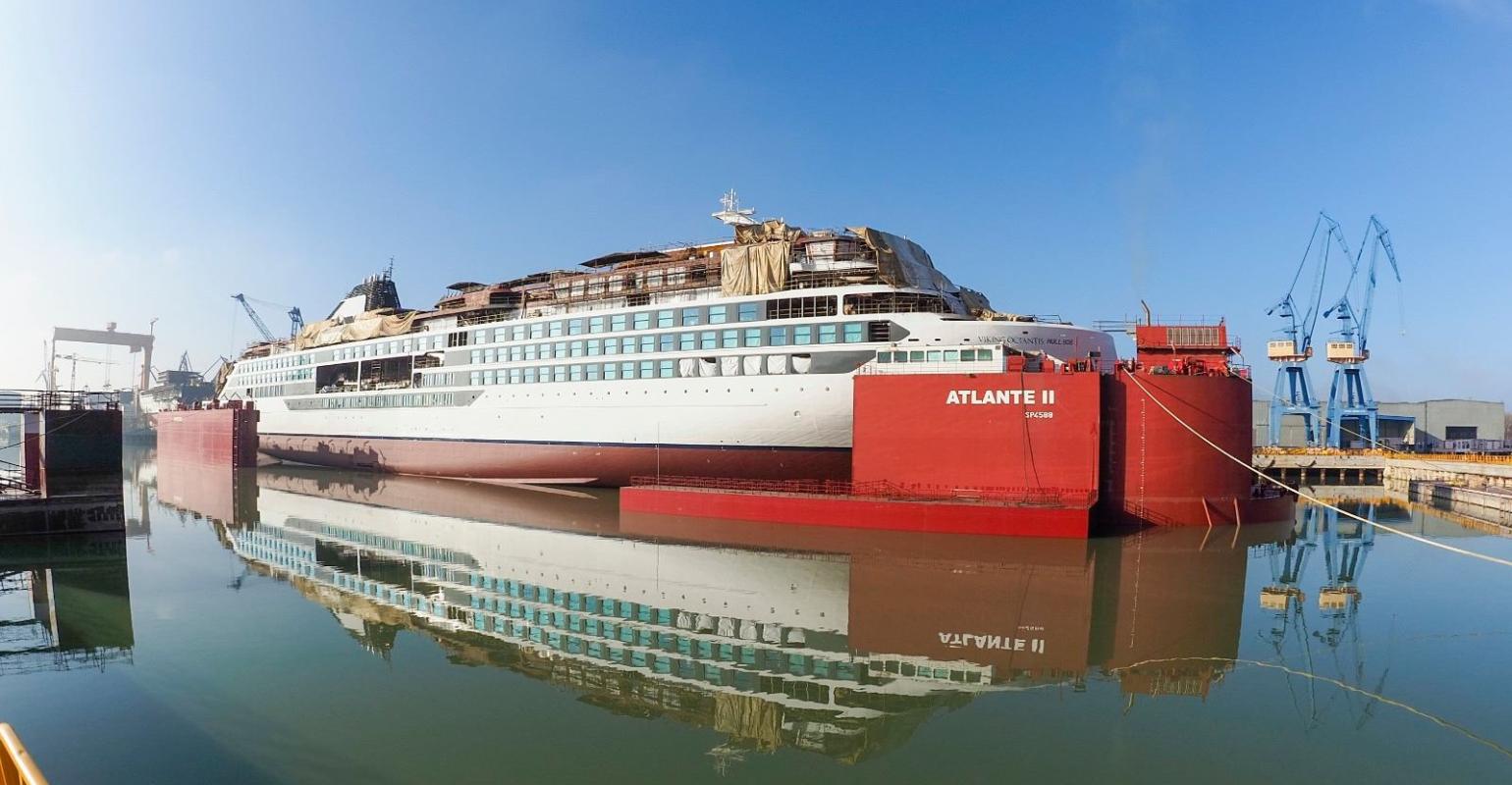 The 378-passenger vessel is scheduled to debut in early 2022 on a maiden season of voyages to Antarctica and North America’s Great Lakes.

Viking has built oceangoing ships at Fincantieri yards over the last eight years.

'We are pleased to continue our partnership with Fincantieri’s Vard and celebrate this important milestone in the construction of our first expedition vessel,' Viking Chairman Torstein Hagen said. 'In creating "the thinking person’s expedition," we are perfecting polar expedition cruising, and we will usher in a new era of comfortable exploration in the heart of North America.'

He continued: 'Viking Octantis and her sister ship, Viking Polaris, will allow our guests to explore further — to the ends of the earth as well as closer to home.'

Hagen thanked Vard and everyone at the yard for their hard work and dedication.

After Viking Octantis was floated out, it was moved to a nearby outfitting dock for further construction and interior build-out. Following final outfitting, the ship will be delivered by Vard's facility in Søviknes, Norway.

Viking Octantis and Viking Polaris, set to debut in summer 2022, are being built to Polar Class 6 standard. Designed by the same nautical architects and engineers behind Viking's ocean ships, this expedition pair is small enough to navigate remote polar regions and the St. Lawrence River, yet large enough to provide superior handling and stability in rough seas.

Straight bows, longer hulls and the latest fin stabilizers will allow the ships to glide over the waves, while U-tank stabilizers will significantly decrease rolling by up to 50% when the vessels are stationary.

Both Viking Octantis and Viking Polaris will feature public spaces and the modern Scandinavian look familiar to Viking’s ocean cruise guests but reimagined for expeditions, along with new spaces created specifically for expeditions.

For example, The Hangar will enclose a slipway that enables travelers to embark on long-range, rigid inflatable boats from a flat, stable surface inside the ship, shielded from wind and waves. The Laboratory will house resident scientists and research equipment. And The Aula is a panoramic auditorium at the stern, with floor-to-ceiling windows and  270-degree views. The adjacent Finse Terrace provides an outdoor lounge area with couches and warming lava rock 'firepits.'