First sea trials for RCCL’s Wonder of the Seas 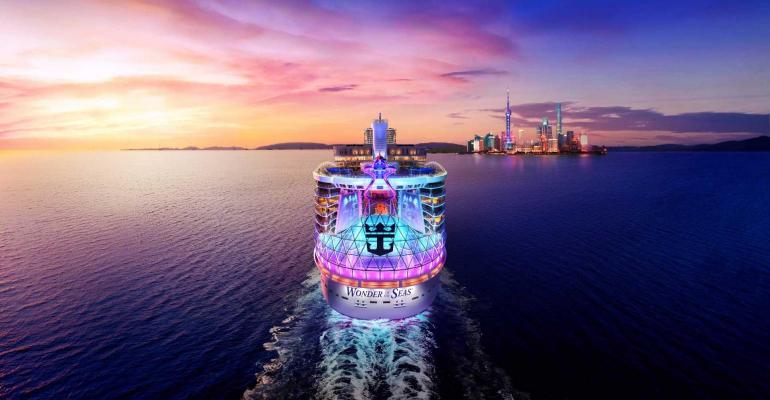 Wonder of the Seas is Royal Caribbean's fifth Oasis-class ship

Royal Caribbean International's 362-meter Wonder of the Seas departed for sea trials Friday afternoon under sunny skies from Chantiers de l’Atlantique, where it has been under construction since October 2019.

During its four-day navigation of the open sea between Belle-Ile and Yeu island, some 60 tests involving aspects like speed, maneuverability, fuel consumption, stability, noise and vibration levels will be checked. Around 500 professionals are on board the August 20 sailing, with the ship scheduled to return on the morning of August 24.

Postponed by a few months due to the global health crisis, Wonder of the Seas' technical handover to Royal Caribbean is set to take place in November. What's touted by the company as the world's largest cruise ship will then head to a French port before leaving in February 2022 for Shanghai, its homeport in Asia.

The first cruise is planned for March 26. Wonder of the Seas has capacity for 6,800 passengers and 2,400 crew.