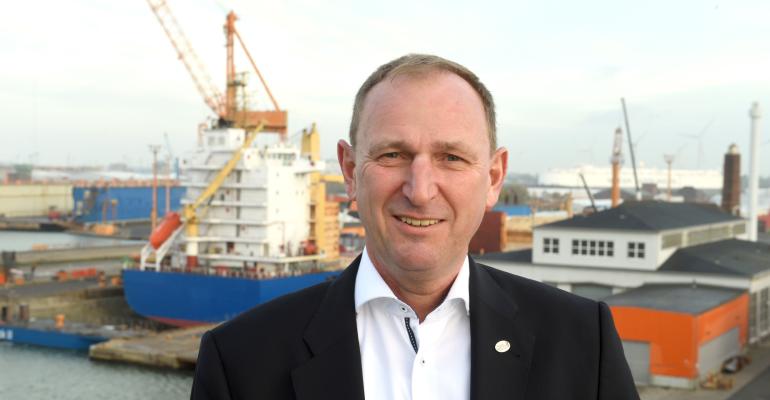 Friedrich Norden started his career with Lloyd Werft in 1989

He will act as managing director with Thorsten Rönner. Carsten Sippel is leaving the company to take on new professional challenges.

Norden, previously project manager at Lloyd Werft, has spent almost his entire career with the shipyard  – with a short stint in teaching.

He initially trained as an industrial mechanic at Lloyd Werft from 1989-1991, followed by a two-year course of studies in mechanical engineering as well as teacher studies.

Norden graduated as a vocational schoolteacher.

In 2002, he returned to Lloyd Werft, where he started out as an estimator in the project department and became project manager for large newbuilding and conversions from 2006 onwards.

He has managed many cruise ship conversions including Phoenix Reisen’s Amadea and Albatros, and also the Solaris yacht newbuild project.

In April 2012, he became head of purchasing of the shipyard.

His new function as managing director is also continuing a family tradition, as his grandfather and father, also held management positions at the yard.

‘I am looking forward to the challenges and projects ahead for me with Lloyd Werft and would like to thank the shareholders for their trust. In spite of the current difficult conditions, I am certain that we will be able to return Lloyd Werft to its old glory. In order to reach this target, we have started again drydocking and repair work for all kind of vessels,’ commented the new boss.

Lloyd Werft Bremerhaven operates three large dry and floating docks as well as workshops and logistics areas in the Kaiserhafen port of Bremerhaven and offers newbuild and repairs on ships in excess of 300mtr and a draught of up to 11mtr.

Newbuilding and conversion of large yachts is also part of the shipyard’s portfolio which currently employs around 220 workers.

Following the insolvency of Genting Group, the shipyard has been part of Rönner Group and Gustav Zech Stiftung since the spring of 2022.